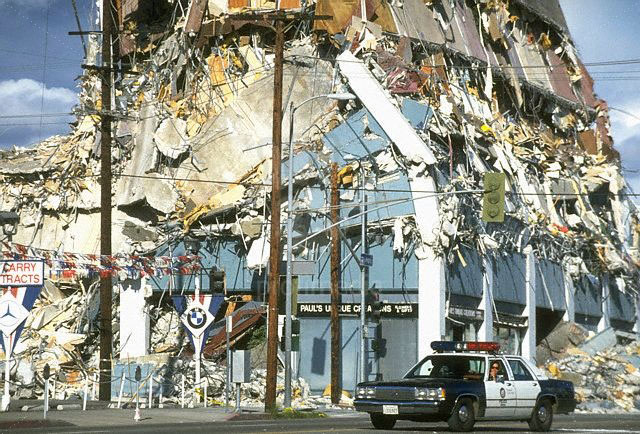 Even though one of the deadliest earthquakes to hit Southern California occurred on January 17th of 1994, the earth was still shaking some 11 days later, with some 70 considerable aftershocks taking place on the morning of January 28th alone. The city, to say the least, was in a state of nervous exhaustion. Governor Pete Wilson went on Television to deliver a pep-talk to frazzled residents, with damage estimates reaching in excess of $30 billion.

But even then, the world continued to spin, and the news continued to made in other places. On this day in 1994 the scandal continued erupting over the Tonya Harding/Nancy Kerrigan skating attack, hot on the heels of Hardin’s emotional Press Conference/statement the day before. Subpoenas were going out to TV stations for video of Harding directly after the attack.

The good news coming out of this day was about the economy with reports that 1993’s economy raced ahead with a 5 point increase in Gross Domestic Product. Good news for the White House, with consumer spending on big ticket items on the increase.

Not such good news for residents in the Northeast as Winter storms turned that section of the country into an iceberg. The big fear was, once it got to melting, so would begin the flooding. A no-win situation was looming on the horizon.

And character actor Claude Akins died after losing a battle with Cancer. He was 67.