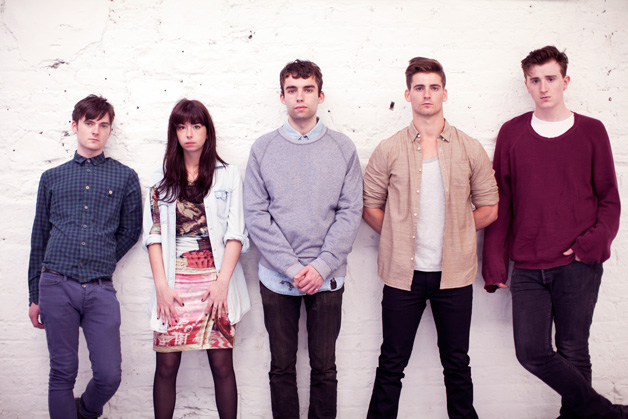 Irish Alternative/Indie band Little Green Cars were pegged by BBC 6 Music in December of last year as The Band To Watch in 2013. They’ve been busy making inroads and gaining an audience in that time. Actually, they got started earlier, doing a quick tour of the U.S. last October, making appearances and doing studio sessions at a number of Public Radio outlets around the country. For this year, it began with a quick appearance at the Eurosonic Festival in Holland, ahead of a debut album release and a tour schedule that includes a gig at the upcoming Coachella Festival in March.

Tonight it’s a mini-concert by Little Green Cars from Eurosonic 2013, and further evidence the BBC knew what they were talking about when they handed out those accolades. Great band with wonderful vocals and fresh lyrics. Works on all levels.

Recorded by the ever-present VPRO earlier this month. By the way VPRO whose site, if you haven’t been over there, is a riot of great music by bands a lot of you haven’t heard before – so check them out and bookmark them.

I have a good feeling about this year in music.