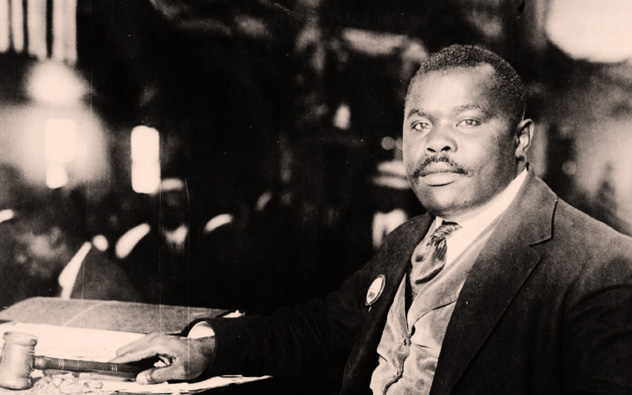 Marcus Garvey - An inspirational figure in the Civil Rights Movement.

Marcus Garvey – An inspirational figure in the Civil Rights Movement.

Click on the link here for Audio Player: Marcus Garvey – 1921

Kicking off Black History Month this year with two short addresses by Marcus Garvey. Garvey, a Jamaican political leader, activist, journalist and orator was founder of the Universal Negro Improvement Association and African Communities League. He was an avid supporter of Black Nationalism and was a key promoter in the Back-To-Africa movement.

His movement, which promoted a Pan-African policy of self-reliance and economic empowerment within the Pan-African community, became the inspiration for a number of movements during the Civil Rights era.

Here are two excerpts from addresses he made – sadly, the only known recordings of his voice known to exist, recorded in 1921.

First is his address entitled “Explanation of the Objects of the Universal Negro Improvement Association” and the second is an address made after his tour of Central America and the Caribbean in July 1921, entitled “Marcus Garvey on His Return to the U.S.A.”.

Garvey’s influence has become widespread over the years, in everything from Political Consciousness to Music. He is perhaps best known in Jamaica as a key figure in the Rastafari Movement, and anyone who has even a passing interest in the music of Bob Marley will know how inspirational Marcus Garvey was to him.

So now you know who he’s talking about.