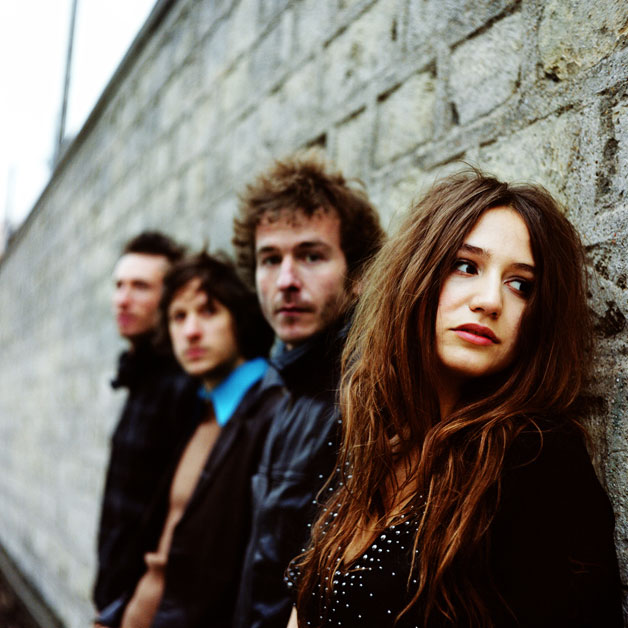 Izia - Not the voice you'd expect.

Izia – Not the voice you’d expect.

Over to Paris this weekend for a concert by the deceptively dramatic and dynamic Izia and her band, recorded live at SFR Studios in Paris on March 19, 2012.

Izia  is the daughter of  huge French 70’s Pop Star Jacques Higelin and the brother of singer-songwriter Arthur H, so music is firmly planted in the DNA here.

Izia is one of those singers who rips a song to shreds, in typical French take-no-prisoners fashion. Even though she sings in English (which is a little hard to understand from time to time, but that’s a moot point), her audience is dyed-in-the-wool French and her commitment to any given song hovers between High-Voltage and Nuclear. By the end of this one-hour set her voice was starting to flag, but I think that’s a product of just not holding anything back.

Frankly, it’s great to see someone toss themselves into their work like she does. I found myself glued to the speakers the first time I heard her – she is anything but a half-measures performer. And the audience has picked  up on that too, and responded in kind.

So far her career has taken off, but primarily in Europe for the moment. She has two albums to her credit and was opening act  for Iggy & The Stooges in Bourges in 2007. Since the playing field has opened up so much in recent years for a lot of overseas artists, it wouldn’t be surprising at all to see her at Coachella or SXSW at some point. Or at the least doing a mini-club and Radio appearance tour.

But in the meantime, here’s a taste of what they’re listening to on the other side of the Atlantic.