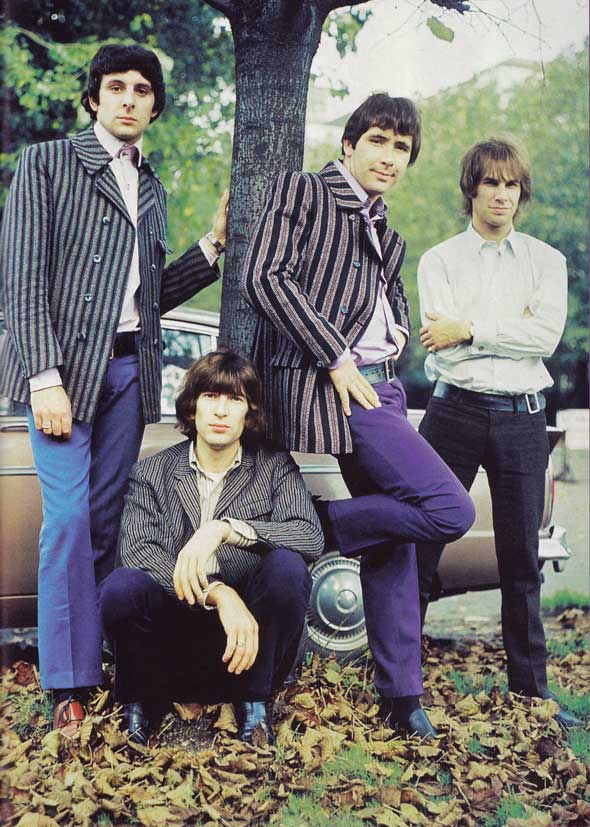 The Troggs - with a song that became an anthem.

The Troggs – with a song that became an anthem.

Click on the link here for Audio Player: The Troggs at The BBC – 1966

Hearing the sad news today that former leader singer for The Troggs, Reg Presley died today after a long bout with Cancer reminded me of just how much an anthem their major hit, Wild Thing was – how it practically defined the 1960’s and how it was covered by everyone from Jimi Hendrix to a spoof version by a Robert F. Kennedy imitator.

How, in fact, Wild Thing became a mandatory song for every Garage band that came into existence from the late 1960’s on, pretty much assured its place in Rock history as a pivotal song for the times.

That they didn’t really duplicate the massive popularity of that song, didn’t deter them from recording a string of lesser hits during the the late 60’s. But as was the case with many bands of the period – they couldn’t really sustain the momentum they had created initially. And so their popularity waned over the years, and The Troggs were forever to be known as the band that gave us Wild Thing and not much else.

Still, in 1966 they were a band with a future. So tonight, as tribute to Reg Presley and his innuendo-laden vocal prowess, and the memory of just how popular they were, here is a session they cut for The BBC on July 4, 1966.

They were to cut several more sessions for the BBC, but this was the first and it was the riding the crest of a huge wave.

If you can, pretend you never heard Wild Thing before.