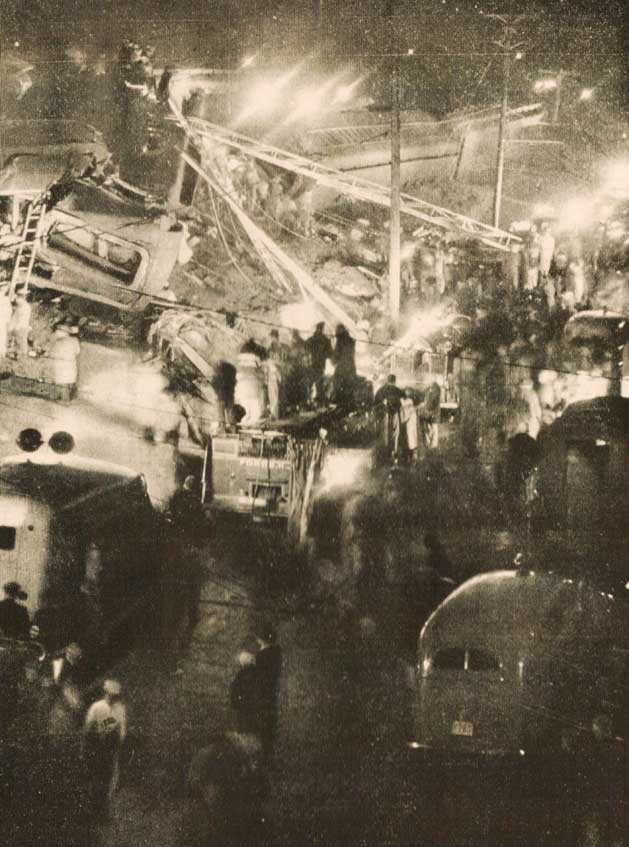 The news for this February 6th in 1951 began with the worst Passenger train disaster since 1918. The Pennsylvania Railroad 5:10 Commuter Express train The Broker hit a temporary spur and careened over an embankment, killing some 83 passengers (at the time of the broadcast) with some 500 injured, and fears the death toll would rise considerably over the coming days. It was deemed the worst disaster since 1918 where a Passenger train derailment in Nashville left some 115 dead. The engineer of the Commuter Express, who had miraculously survived, insisted there were no warning signals to alert the him to take precautions. The grim task of recovering bodies and making inquiries continued.

Meanwhile, the news from Korea added some additional sobriety, with the news that, since the fighting started, some 8,000 American soldiers had been killed, with an equal number missing and over 31,000 wounded. If there was any optimism to be had, The Defense Department did add that some 500 servicemen were killed over the previous week; the lowest number since the conflict began. At a press conference, Secretary of State Dean Acheson remarked the biggest threat to world peace was with the Soviet Union and their European satellites and their armed forces. Rumania, Bulgaria and Hungary alone were reported to have some 600,000 troops armed and ready.

In other domestic news, the President was expected to take some action on the continuing walk-out of Railroad Switchmen, even though many Switchmen had returned to work, the negotiations were still going on. As a result, The Post Office relaxed its restrictions on Bulk Mail, and deliveries resumed in most cities, with the exception of  St. Louis.

And so it went – that, and a lot of other news as presented by Edward R. Murrow over The CBS Radio Network for this February 6, 1951.