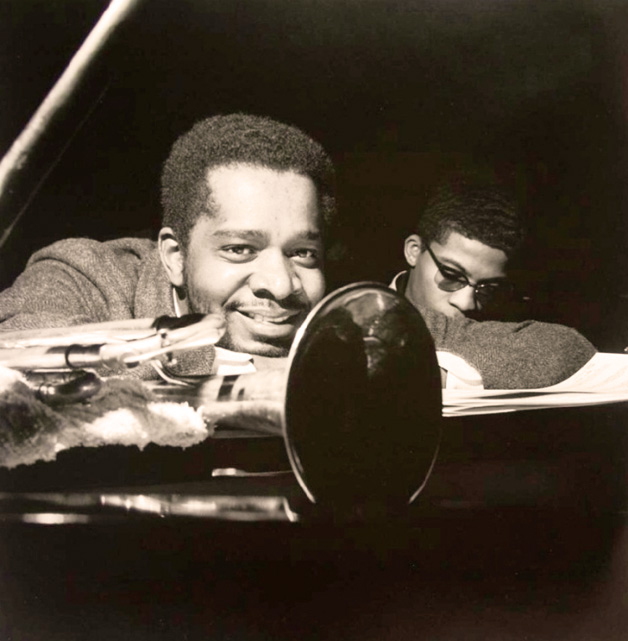 Click on the link here for Audio Player: DonaldByrd1964-02-26Recklinghausen

Sad news, this past week, of the passing of Jazz Giant Donald Byrd. A pioneer and innovator, Byrd was a major influence in the careers of many Musicians and in the direction Jazz took in general in the 1970’s.

His involvement with his milestone group The Blackbyrds, and his forward-thinking explorations into the Avant-Garde and Free Jazz, laid the groundwork for many to follow in his footsteps.

This weekend though, I ran across an example one of his previous incarnations – leading a big band in a concert recorded by  the German Radio network WDR on February 26, 1964.

There is no doubt Donald Byrd left a long and enduring legacy for future generations of Jazz Musicians (and all musicians, for that matter), to follow.

His was a unique and gifted voice – and it will be missed. But it will always be remembered.