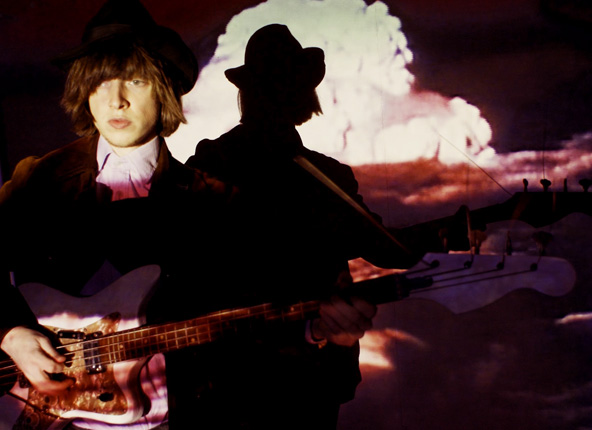 Jacco Gardner - Heads up - Coming to SXSW in March.

Jacco Gardner – Heads up – Coming to SXSW in March.

Editors Note: This post was originally published on February 2013, but owing to requests and inquiries about Jacco Gardner, I thought I would run this concert to give you some idea of what you’ve been missing, these past seven years. – G.S.

And now a word from The Netherlands tonight with a band, currently high on everyone’s list as a “band to watch” in 2013. Jacco Gardner have been characterized as Baroque Pop, which is a genre I haven’t heard used since The Left Banke in the mid-1960’s. But Jacco Gardner have some of those elements – but they have a lot of others (including what sounds like a nod or two to fellow countrymen Supersister) which are very interesting and satisfying to listen to. And frankly, they had me after the first few bars.

The good news is they have a new album, slated to be released tomorrow. Cabinet Of Curiosities is their debut, and they are embarking on a tour of Holland throughout February.

The better news is, they are coming to the States for the month of March and are slated to play at SXSW in Austin between March 12th and 17.

So to give you a taste of what you’ll be hearing about this Spring, and no doubt more of this Summer, here is a short concert they did at the IFRR Filmnacht Festival in Rotterdam, recorded on January 24th.

As always, it’s recorded by the venerable VPRO.

Definitely check them out if they wind up in your town, or if you are planning on heading to Austin in March. Here is their website (they’re also on Facebook, so “like” them when you get the chance).

Further evidence this is going to be a good year for music.