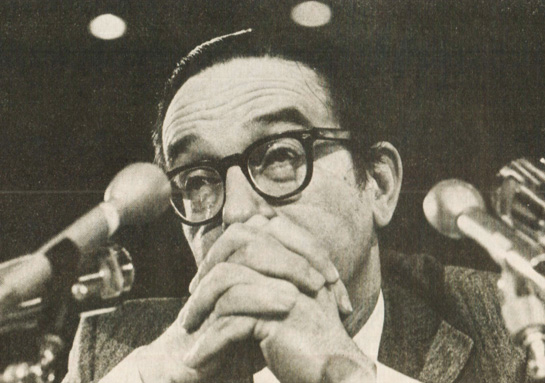 The Wolf At The Front Door Looking Like The Family Pet – February 14, 1975

Click on the link here for Audio Player: News for February 14, 1975

News for this Valentine’s Day in 1975 was anything but heart-warming. It was all about the Recession. It was about unemployment and it was about bleak economic figures. And those figures were just not getting any better.

And even though Wholesale Prices dropped in January, it didn’t make a dent since they were still 17% higher than they were a year earlier.

The White House was trying to get Congress to introduce tax cuts and rebates in order to stimulate the economy, but the fact was – whatever money people had, they weren’t spending because nobody knew how long this slump would last and whatever money that was available was being used by consumer to pay down debts. For the first time in decades, people were saving money and not spending it. And it wasn’t going to change anytime soon.

The International Balance of Payments in 1974 showed an $8 billion deficit, which was due in no small part by declines in investments by oil producing nations, further adding to the general malaise.

In other news, American citizens were advised to leave, as quickly as possible, Phnom Pen in Cambodia as the city had been cut off by rebels. The situation got so dangerous that even boat captains refused to enter the port at Phnom Pen out of fear of attack. Soviet Premier Leonid Brezhnev praised Secretary of State Henry Kissinger for his efforts at a Middle-East peace settlement. The praise came with caveats.

The crisis in Cyprus continued. The verdict in the abortion trial of Dr. Kenneth Edelin was going before the jury in Boston. A fire broke out on the 11th floor of The World Trade Center and it brought about concerns that, not only were the windows in The Trade Center sealed, but there were no sprinklers.

All that, and a lot more news for this February 14th 1975 as reported on The NBC Nightly News with Tom Brokaw.