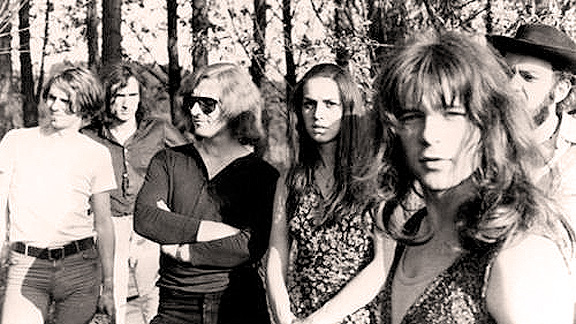 Amon Düül II - One of the first Prog bands from Germany.

Amon Düül II – One of the first Prog bands from Germany.

Heading earlier into the 70s tonight with a band that has been acknowledged as the cornerstone in what became the Krautrock movement in Germany in the late 1960s/early 1970s. Amon Düül II (yes, there was an Amon Düül I) started off as a political/Art commune in Munich that took on musical overtones in 1967.

Beginning as a free-form and experimental group devoted solely to improvisation, Amon Düül II soon splintered off and achieved a considerable amount of acclaim and influence within the world of Progressive Rock, releasing four well-received albums before calling it quits.

The band lasted until the mid-1970s when they broke up, but reunited in the 1980s when they underwent something of a rediscovery by a new generation of musicians.

Tonight it’s a concert recorded by The BBC on June 9, 1973 at Golders Green Hippodrome (or Hippy-drome as the announcer called it).