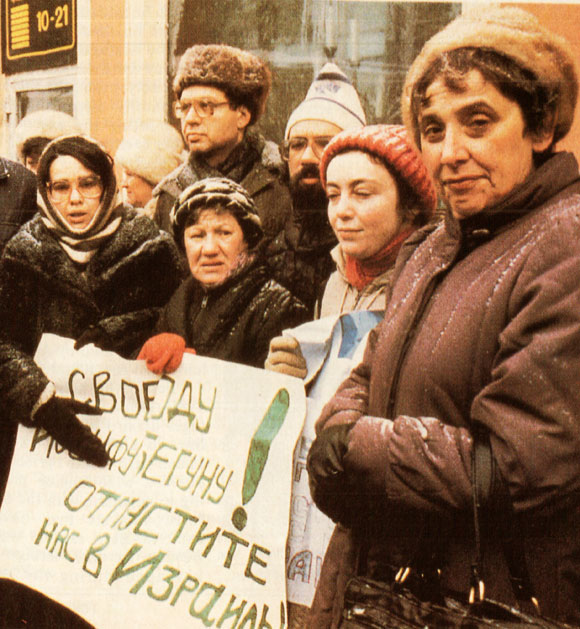 Putting pressure to release the Refusniks.

Click on the link here for Audio Player: News for February 18, 1987

No end to drama, this February 18th in 1987. Street fighting in Beirut, brokered truces falling apart, fighting over a strategically placed office building in Beirut, which just happened to be right across the street from the building housing the CBS News Beirut Bureau.  Several times, in the course of the day the building was caught in the cross-fire.

CIA Chief-designate Robert Gates up for further questioning on Capitol Hill. More questions about Iran-Contra and the CIA’s role.

And the drama extended to the White House, with published reports that First Lady Nancy Reagan was no longer speaking with White House Chief-of-Staff Donald Regan and that the First Lady had been lobbying for several months to get Regan replaced.

Also on Capitol Hill was sentiment being whipped on for a vigorous anti-Smoking campaign that would include banning cigarette smoking in public places, restaurants, offices – just about everywhere with the hopes of creating a smoke-free America by the year 2000. And on top of that, to ban cigarette advertising on Billboards, newspapers and magazines, which was thought to create a lot of damage in the publishing industry as Cigarette Advertising constituted a huge economic percentage of revenue. And the Anti-Smoking Lobby was in full-force.

The death toll was expected rise past 70 as reports came in on a head-on commuter train collision in Sao Paulo Brazil.

The White House moved to lift sanctions placed on Poland as the result of the Solidarity Movement in 1981. And Soviet protestors were putting pressure again on the government to release dissidents they believed were being harshly treated and forced into Mental Hospitals for extended periods of time.

And that’s how the day rolled, this February 18th in 1987 as viewed by Christopher Glenn and The CBS World News Roundup.