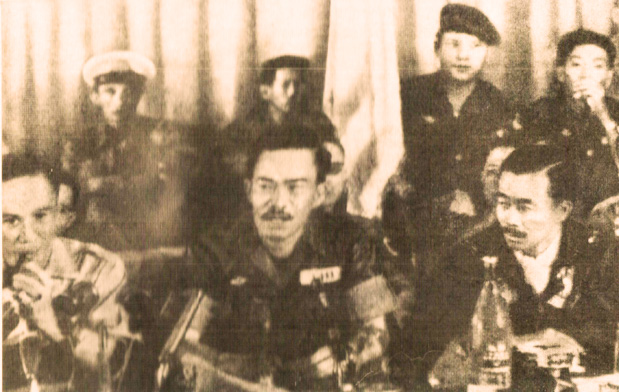 South Vietnamese Military Press Conference - ending one coup, starting one of their own.

South Vietnamese Military Press Conference – ending one coup, starting one of their own.

One of those days full of intrigues from Southeast Asia. In this case, an attempted coup on the part of troops loyal to former Premier Diem (who was assassinated and overthrown with a little CIA help), against troops loyal to Military strongman and Vietnamese President General Khan. The coup was quickly foiled, but Khan lost out anyway, as the Military leaders. thought loyal to Khan, gathered a vote of no-confidence on and Khan was quickly ousted in favor of the new Military tribunal.

Khan was made Roving Ambassador for his trouble and the world got to know General Nguyen Cao Ky and General Thieu as the new bosses-same-as-the-old-bosses..

And the mess we were sinking into was ever deepening.

Meanwhile, on the other side of the world, in Bonn, an attempted coup of another kind – this one with the rise of the extreme Right-Wing in West Germany. Despite attempts at trying to drag up “the good old days” of Nazism, the Bonn Government flatly rejected any notion of legitimizing the NDP, referring to their leaders as crack-pots and hysterics. This, hot on the heels of West Germany extending the statute of limitations on the prosecuting Nazi War criminals, saying the 20 year window should begin at 1955, when the Bonn government was established, rather than May 1945 when the War in Europe ended.

And so it went, on this February 20th in 1965, as presented by ABC Radio’s Overseas Assignment program.