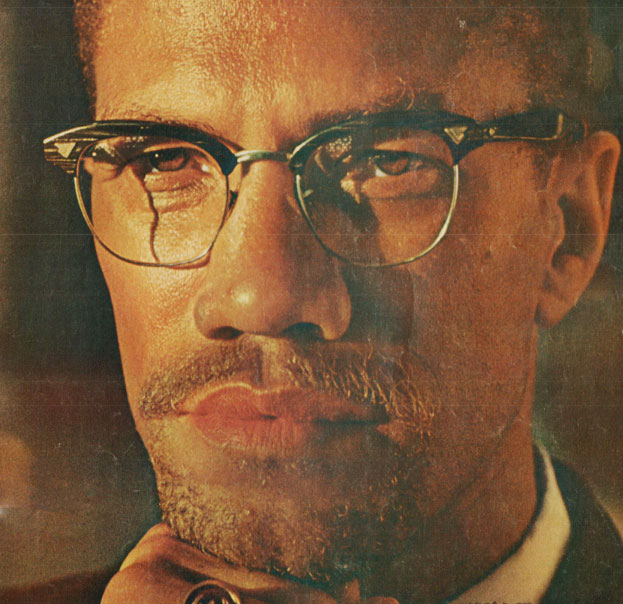 Malcolm X - Voice of a movement - conscience of a People.

A Word Or Two From Malcolm X – Past Daily Reference Room

Malcolm X – Voice of a movement – conscience of a People.

On this day, 48 years ago – February 21, 1965, Malcolm X was assassinated. One of the most vocal figures in the Black Muslim Movement, Malcolm X galvanized the Black community by initiating a sense of identity and pride along with self-determination that further strengthened the Civil Rights struggle.

Mainstream media, as a result, twisted themselves in knots trying to marginalize this radical change in thinking – labeling Malcolm X a misfit, communist agitator and crackpot.

But the message was clear and the sentiments were strong, even within elements of the White community. Malcolm X represented change; an extension of the Civil Rights Movement of Martin Luther King, even though at times there were wide ranging differences on approach. The bottom line was clear – there was no turning back, and an entire race were no longer content to being relegated to “the back of the bus”. It was time.

So, as a reminder of Malcolm X and the world in which he lived at that time, here is a panel discussion from the program The Open Mind, first broadcast on April 23, 1961, featuring Malcolm X, the writer James Baldwin, Sociologist and scholar C.Eric Lincoln and noted Black Conservative George S. Schuyler.