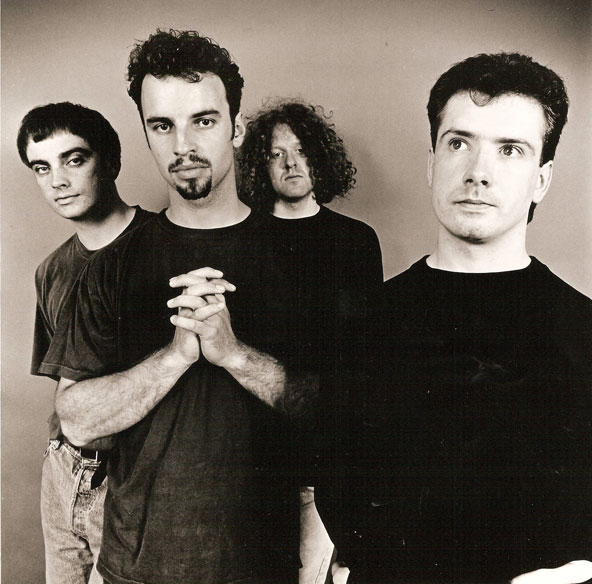 Catherine Wheel - The lack of recognition borders on shameful.

Catherine Wheel – The lack of recognition borders on shameful.

It’s become a cliche in the world of music. A band with all the earmarks and potential, with every good reason to be a massive success, gets overlooked, ignored and largely dismissed by the music buying public.

Catherine Wheel were one of those bands who seemed to be at the right place, at the right time. Coming along when bands like The Stone Roses and The Charlatans (who they opened for on early tours), and so many others were also starting out, and achieving a wide level of popularity, they would seem to have been a perfect compliment to that movement. And even though they were warmly received by the Press and they achieved a moderate level of success, major acceptance just didn’t happen.

Blame the record label – blame management; you can point fingers in a number of different directions. But the fact of the matter was, Catherine Wheel  became yet another in a long line of bands who were grossly underrated and overlooked, and in retrospect it seems tragic.

Tonight  it’s an early session the band did for John Peel at The BBC. Just before they were signed to Fontana, they turned in a blistering set of four songs that gave every indication of a band with a great ands memorable future.

Perhaps you remember them, or remember hearing about them. Or maybe you saw them in concert during those early days.

Listening to this set, you can’t help but wonder just what went wrong.

And you could get very cynical in the process.

Here is what’s on the player:

It’s a very loud session – but you can make it louder by cranking it up. Go ahead. Hear what you missed the first time around.