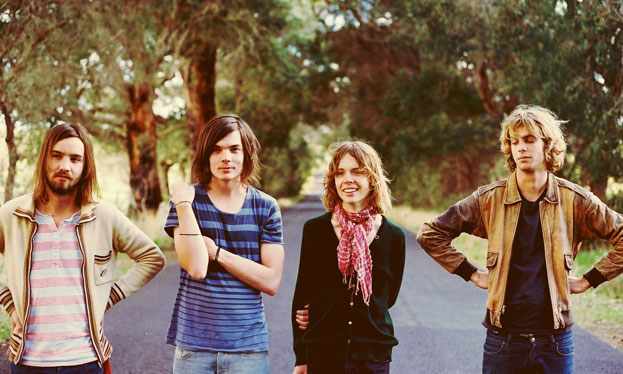 As much as I find perplexing when a band, with all the signs and indications of becoming a household name doesn’t make it, it’s as exciting and vindicating when a band that you find does.

I remember first hearing about Tame Impala several years ago via MySpace. And even in 2007 there was something completely unique and special going on. The best you could do then was cross your fingers, hoping everything would fall into place.

Luckily for them, and for us, it did. Tame Impala have become something of a phenomenon. Gaining a huge following by leaps and bounds, they are now poised to do the “breakout tour”. Coming to the U.S. and already selling out in every venue they’ve been booked in. 2013 should be a massive year for them.

So, with news they are playing to an already sold-out Coachella Festival, I thought I would give you a glimpse of coming attractions (if you aren’t already familiar) with a concert they performed this past December, as part of a kick-off tour to promote their latest album Lonerism, they were recorded by the venerable Australian radio channel Triple J (who you need to bookmark, visit and check out at least once a week for their beyond-fantastic Live At The Wireless program) on December 14th and broadcast January 21st of this year.

If you already have tickets, get ready for a mind-melting experience. If you don’t . .  .bribe somebody.

In the meantime, enjoy and crank this one way up.