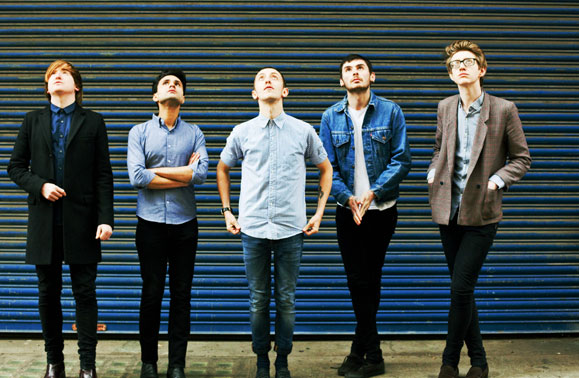 Chapel Club In Session – 2012 – Nights At The Roundtable

Another band on the rise who have been getting good word of mouth going lately. Chapel Club have been around for a few years, but have undergone a direction change over the past two. Going from what one reviewer called “moody, majestic and magnificent” Indie, to a more techno-based sound, Chapel Club have been establishing themselves with a new audience as well as a new label and are currently embarking on a Spring UK tour which, by the looks of it should keep them busy well into May. I suspect they’ll be showing up at some of the larger festivals around Europe this Summer and maybe hit the States for a few gigs. Just speculating.

Tonight it’s a session they recorded at the legendary Maida Vale studios of The BBC for the Radio 1 Rob Da Bank program on October 6th of last year.

Starting off with an interview (to get you all acquainted if you aren’t already) and jumping into three songs which give a good idea where their direction is taking them. They also did a guest spot on a recent Later . . .With Jools Holland via the new VH1 imprint Palladia (which you need to check out), giving further evidence Chapel Club will be around for awhile and you’ll be hearing more about them shortly.

Enjoy – it’s Saturday night, after all.