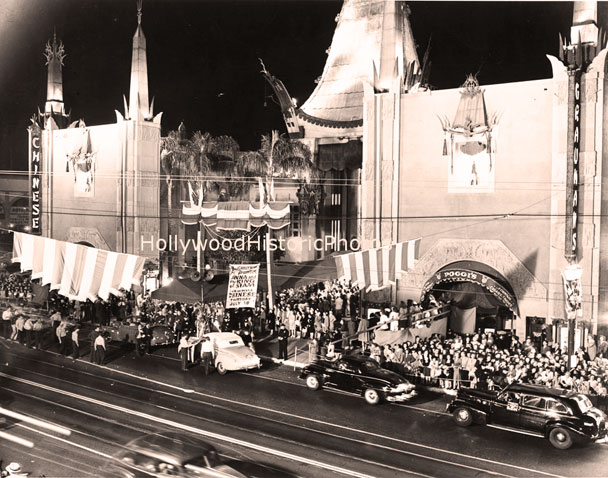 Hollywood and Half-Measures had nothing to do with each other then.

Going The Red Carpet Route – A Premier At Grauman’s In 1946 – Past Daily Pop Chronicles: Hollywood Edition

Hollywood and Half-Measures had nothing to do with each other then.

Click on the link here for Audio Player: Anna And The King Of Siam Opening – 1946

Ironically, the photo above was taken the same time this broadcast was going on. The typical Hollywood Premier. This one, for the 20th Century Fox Production of Anna and The King of Siam starring Irene Dunne, Rex Harrison and Linda Darnell. The movie is probably not nearly as notable as the musical it eventually became; The King and I, but that’s another story.

The Premier took place on July 18, 1946 and was broadcast live by radio station KFWB in Hollywood. Probably none of the names (with the exception of Rex Harrison) will sound familiar to you. But at the time, this was the A List.

This was also a time when The Academy Awards were a considerably less glitzy affair – consisting of a dinner and a table full of Oscars and pretty much relegated to an industry get-together. No songs, no choreography, no drawn-out monologues, no teleprompters, no laugh tracks.