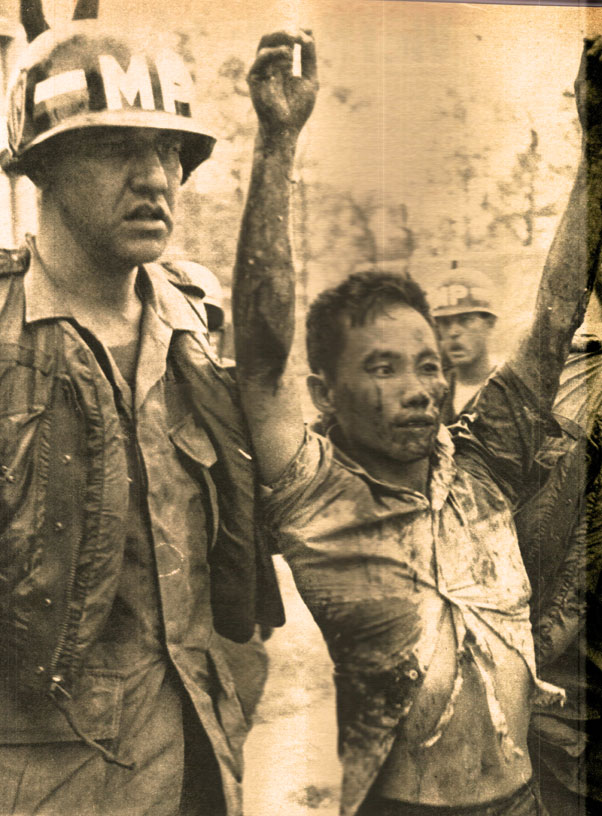 And every day that went by, we sank deeper into the quicksand.

And every day that went by, we sank deeper into the quicksand.

As questions began to raise regarding our role in Southeast Asia, it was still early on in the game to see just where this excursion was heading. There was still majority support for the Vietnam war. The sharp divisions were a ways off, as was the tide of public opinion against the war. By 1965 it was still rather unclear what our role was, but most people, particularly those in Congress, were going along with Foreign Policy. But even in 1965, indications were clear things were spiraling out of control faster than anticipated.

But in 1965 the plate was rather full.There was the War, but it seemed too distant for the moment. In front of the country was the issue of Civil Rights, the issue of Poverty, the issue of Healthcare – the ever-present Cold War, to which the adjunct of Vietnam was characterized, and justified in the minds of many as part of the “Domino Theory“; the big fear that Communism would gain a foothold in Southeast Asia and it was only a matter of time before it was knocking on our doorstep. That was the opinion and that was the Cold War climate shared by many on Capitol Hill.

In this Meet The Press episode, from February 28th, 1965, newly elected Senate Majority Whip Russell Long (D-LA) was asked about the Vietnam War, but also asked about the question of Civil Rights; pending legislation being proposed by President Johnson, and where Capitol Hill stood on the issue of Voting Rights.

Long is outspoken in his support of the Vietnam War – less forthcoming on his views regarding the Civil Rights issue – feigning no knowledge of the proposals being sent from The White House. Well he was a Senator from the South after all . . .

To give you an idea of the political climate, prevalent at the time, here is that Meet The Press featuring Senator Russell Long and a panel of reporters from various news outlets.

Still miss it when one politician was grilled by three journalists, rather than three politicians busy sandbagging one journalist.

But that’s my opinion.