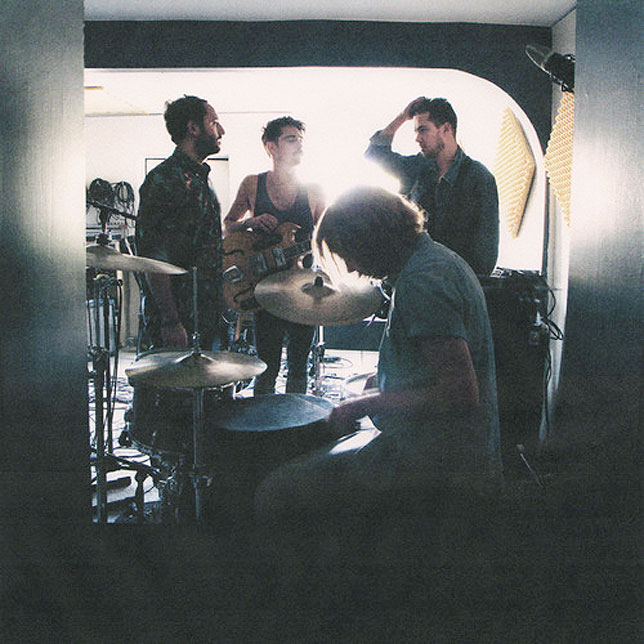 Local Natives - always amazing what you find right under your nose, a few thousand miles away.

Local Natives – always amazing what you find right under your nose, a few thousand miles away.

I’m always amazed, but not necessarily surprised, to discover local bands playing in venues on other continents and not realizing they’ve been around for a while, but I just didn’t know it.

So I’m properly embarrassed to admit Local Natives are an L.A. band (Silverlake, to be exact) that I only recently discovered via this live gig from Paris, recorded a little over a week ago.

Part of a series of intimate mini-concerts in a house setting called Soirèe de Poche, or Pocket Evenings, Local Natives did a mostly acoustic set that was just a knock out from start to finish. And clearly, the audience was loving every second of it, particularly since band and crowd were about a foot away from each other.

I know they’ve been around for a while and have been getting good local notice here in L.A. as well as on a national level (doing a recent Jimmy Fallon late-night show). From what I’ve read (via their websites), they are currently touring Europe and it appears to be a pretty busy year for them. And judging by the amount of sold out shows they’re doing, a successful one.

Check out their website, check them out if they make it to your town and pick up their debut album, which was released here in the U.S. in 2010 and is available via their website. In short, support them.

Here’s a taste of what they’re doing in Europe right now to give you an idea and what you can look forward to.

Enjoy. A lot of people did.