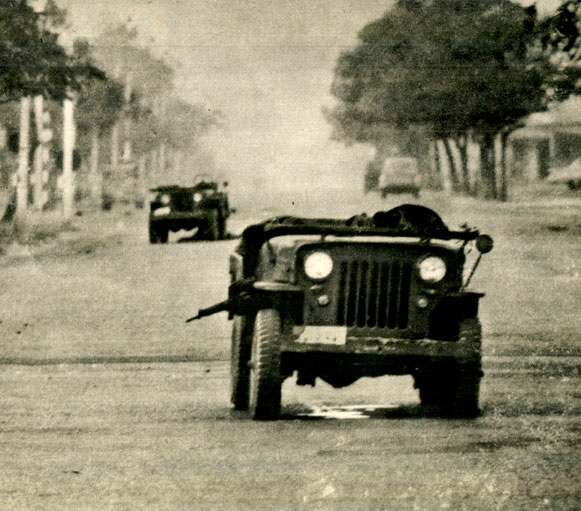 The Congo in 1960 - one by one, the former colonies were dropping like flies.

The Congo in 1960 – one by one, the former colonies were dropping like flies.

When you realize the continent of Africa has been relatively free of colonial rule only within the past 60 years, the seemingly constant state of upheavals, overthrows, ethnic turmoil and political strife really are the products of nations finding their identity and independence but doing it under a microscope.

We forget we were that way too – yet we have the passage of over 200 years to help ease the discomfort of growing pains we once felt. Yet somehow, we are impatient for all the nations that make up the continent of Africa to come into lockstep with the rest of the world of the 21st century, and that’s just not possible.

The example of The Congo, or formerly The Belgian Congo – later known as Zaire , The Republic of Congo, and now The Democratic Republic Of Congo is a case in point. How the emergence of an independent nation, previously under the rule and influence of a distant power created a wild explosion of tensions, grudge-settling and political intrigues that became the growth process for what is, even now, a nation-in-progress and process that has been repeated over and over these past six decades.

Narrated by Walter Cronkite – this episode of the documentary/news series Eyewitness To History, focuses on the recent clashes and civil war that broke out in the Belgian Congo just at the period of their independence. It was originally aired on February 24th 1960 and came right as UN Peacekeepers were flying into The Congo to establish a tense and tenuous peace. Also bear in mind we were right in the middle of a Cold War and there was fierce competition between us and The Soviet Union to win favors, ideologically as well as in natural resources. Oh yeah, there’s that.

Think about this as you’re watching the latest developments from Mali (another former colony) and you’ll get an idea of how a country’s evolution works.

And you may come away not all that surprised.