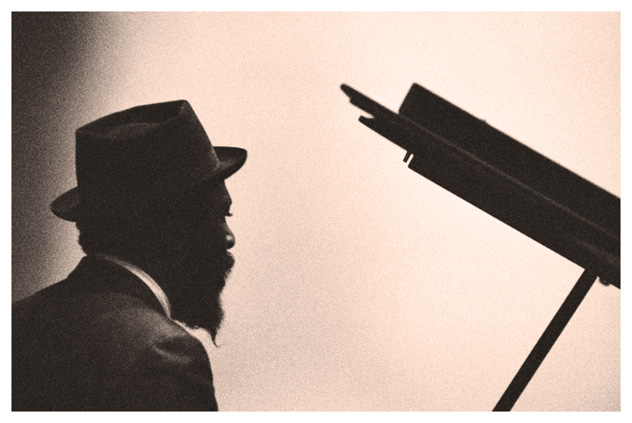 Thelonius Monk - A never ending journey of discovery. Lucky us.

Thelonius Monk – A never ending journey of discovery. Lucky us.

Click on the link here for Audio Player: Thelonious Monk – Live in Mainz – 1967

Visiting the legendary Thelonius Monk this weekend, featuring his Nonet in a concert recorded from Mainz, Germany on November 8, 1967. Luckily for everyone, a lot of Monk’s material was recorded live, and most all of his studio material has been reissued and a lot of it has stayed available in various forms over the years. But the live stuff keeps popping up – new discoveries and unearthed archives make every listening a new experience. Which just goes to prove you can never get too much Monk in your diet.

Apparently, part of this concert was released officially, but it’s not included on this post. This is the part that wasn’t issued. So it’s rare.