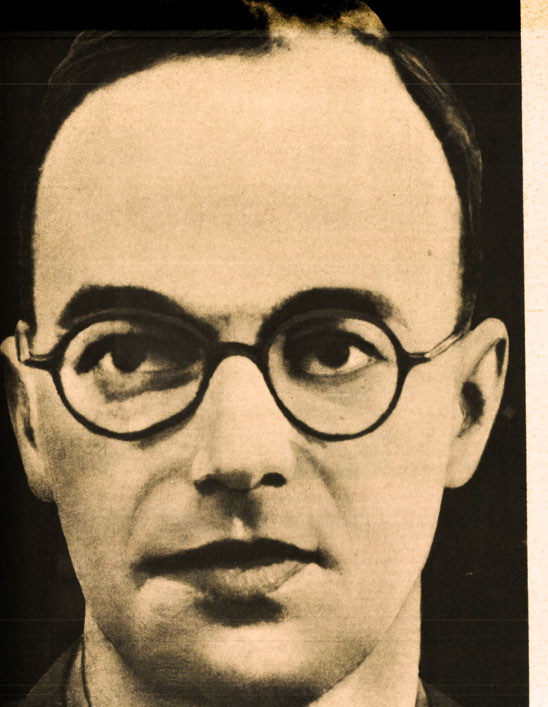 News for the week ending on March 4, 1950 had a lot to do with the Cold War and the ever-present threatening cloud of catastrophe which seemed to spread over most of the world.  One of the key figures in the development of the Atomic Bomb, David Lilienthal referred to the Cult of Doom which was springing up, even among his colleagues, and how it was making for an oppressive and pessimistic world to live in and he wanted no part of it.

Union leader Walter Reuther also chimed in, declaring that money spent for education had been obliterated by the need for money spent on War – that future generations would inevitably suffer because of it. As Reuther saw it, something was terribly wrong with a society that felt war was more important to wage than pursuing an education.

The Cold War influence stretched over to England, where the Trial of convicted spy Dr. Klaus Fuchs, who settled in England in 1933 and passed Atomic secrets to the Soviets beginning as early as 1942 began. The entire trial lasted one hour and Fuchs was convicted of Spying and Treason and sentenced to 14 years in prison. Prompting writer Rebecca West to comment that Dr Fuchs had “a brilliant mind – but was a nasty person”.

Back in the States – the long-lasting and bitter strike by Mine Workers was finally over, with Union boss John L. Lewis giving the tentative okay and the wave of relief passing through the ranks of the workers, eager to get back to work.

And questions over the future of the Progressive Party – the official 3rd Political Party formed by former vice-President Henry Wallace, were raised. Numerous figures including W.E.B. Dubois and Norman Thomas, claimed the party was here to stay, and an enthusiastic convention of some 1200 Progressive Party members bolstered that opinion. But the fact that some political figures were defecting gave pause in consideration over how far into the future they were actually looking.

That, and a lot of other news made the headlines for the week ending March 4, 1950 – as presented by NBC Radio’s Voices And Events.