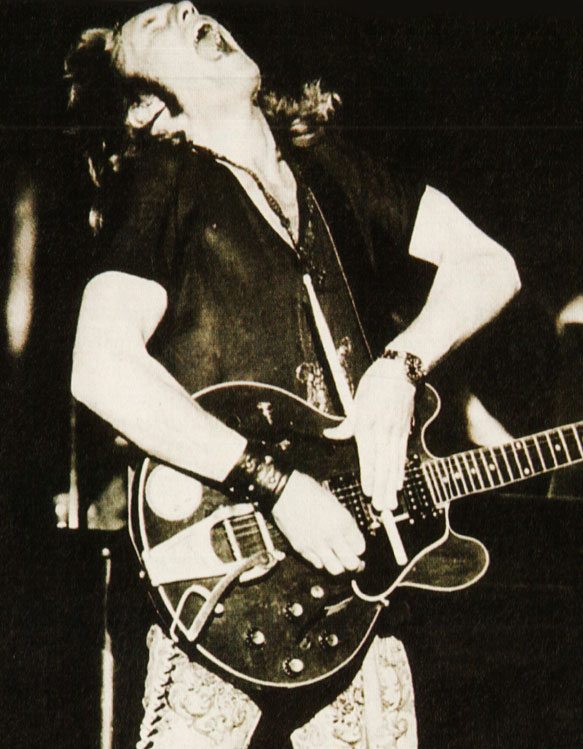 Alvin Lee And Ten Years After – In Concert From Helsinki – 1969 – Nights At The Roundtable: Tribute

This has gotten really old really quickly – we’re losing way too many musicians so far this year. I mean, it’s only March.

Still, it was very sad news to hear today of the passing of Alvin Lee, the iconic cornerstone of Ten Years After and the generally acknowledged fireball at Woodstock. Lee was a phenomenon in a field packed with phenomenons in the 1960’s. Still, he was able to carve out a unique place for himself and his wizardry.  And as a consumate performer and musician, he was truly one-of-a-kind.

Most people think of Alvin Lee and the images from Woodstock come to mind. How his performance electrified that festival, and in doing so,  catapulted his career from playing clubs and small venues to playing stadiums literally within weeks.

As a reminder of what Ten Years After and Alvin Lee were like around that time, here is a concert recorded live in Helsinki on December 3, 1969. Luckily preserved by YLE, the Finnish Radio Network. This features Alvin Lee right just as his career is exploding. The audience is just starting to get rowdy. That would only continue and escalate over the next few years. But this concert is an interesting example of the changes a band goes through, the transition from being a working, struggling group of musicians to superstars.

And for Alvin Lee, the fame was more than well deserved.

RIP – you will be missed. But thankfully for your recordings, you will never be forgotten.