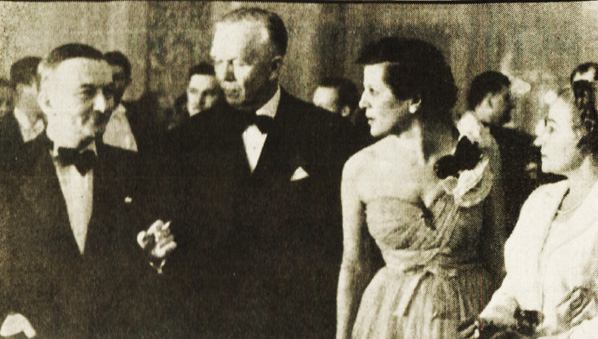 As a more-or-less companion to my post yesterday, which featured news from March 7th as presented by Radio Moscow, here is the U.S. take on the Foreign Ministers Conference, which was about to get underway in Moscow.

And news for this March 8th in 1947 was also taken up with the upcoming Foreign Ministers Conference, just as it was the previous day. Russia was going all out in promoting this conference as a milestone in East-West relations. They were, literally, rolling out the Red carpet.

But there was a lot at stake, with tensions running high throughout the world. Failure in Moscow would only add to the erosion of peace, however tenuous and fragile it was becoming.

With the situation in Greece spiraling out of control. The situation in the Middle-East and the Palestine Partition question now squarely in the laps of the U.S. and the Soviets for solutions, the growing pains of an ever-increasing move for independence from former colonies – the Foreign Ministers Conference was no meet-and-greet series of cocktail parties.

And that was pretty much the extent of the news. Oh sure, a lot more went on in the world, but it seemed not so important – at least for the next few days in March, 1947. As presented by The NBC World News Roundup, complete with sunspots.