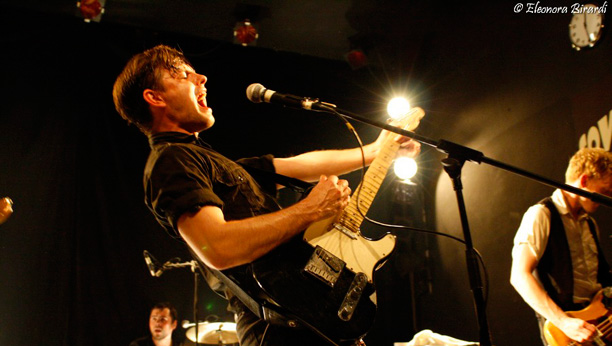 The Cinematics - short-lived, but fun while it lasted.

The Cinematics – Live At London Calling 2009 – Nights At The Roundtable: Mini-Concert Edition

The Cinematics – short-lived, but fun while it lasted.

Click on the link here for Audio Player: The Cinematics – Live at London Calling – May 2, 2009

Over to the London Calling festival in 2009 with a short set by The Cinematics. A somewhat short-lived (8 years) band beset with problems not-in-their-control, but rather getting involved with labels in financial difficulties.

Still, they were a good band who managed to release 2 (3 if you count an incomplete one) albums to good reviews and to a reasonable amount of success with audiences, primarily in the U.S. and Continental Europe. Not enough to finally convince them to throw in the towel in 2010.

This set was recorded on May 2, 2009 by the ever-present VPRO Radio Outlet in Hilversum Holland.

No sure things – especially where music is concerned.