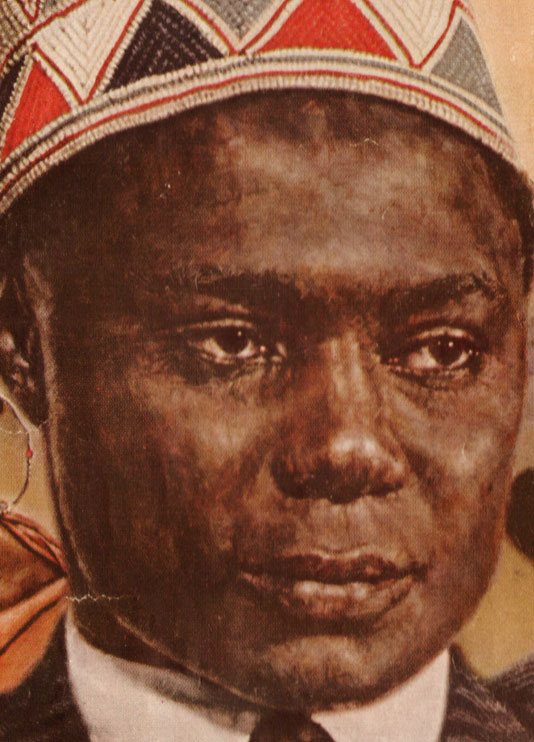 Tom Mboya - one of the movers and shakers in the Kenya Independence Movement in 1961.

Tom Mboya – one of the movers and shakers in the Kenya Independence Movement in 1961.

With the final vote count in the Kenya elections to be revealed on Saturday, it’s looking like the winner will be Uhuru Kenyatta.  Unless you know something about Kenya history, that name may not mean that much to you. But if you’ve been following Kenya’s history for any length of time you’ll know Uhuru Kenyatta is the son of Jomo Kenyatta, the leader of post-Colonial Kenya in 1963.

One of the people most closely associated with Jomo Kenyatta was Tom Mboya. In 1961 Kenya was on the verge of independence, and Mboya was influential in gaining Western recognition of just what Kenya was all about. He was also founder of the Nairobi People’s Congress Party.

Strange, even these days most people are a bit hard-pressed to know really much about Kenya, save for the fact that President Obama’s father was Kenyan and was one of the 81 Kenyan students who got visas to study in the U.S. via Mboya’s Airlift Africa project – the rest is history.

But in 1961, Kenya was still part of that wave of former colonies, breaking away and forming independent nations and in this interview, conducted in New York, Mboya gives some history on Kenya and background on the independence movement.

So if you don’t know that much about Kenya and are curious about the election, here’s a little background.