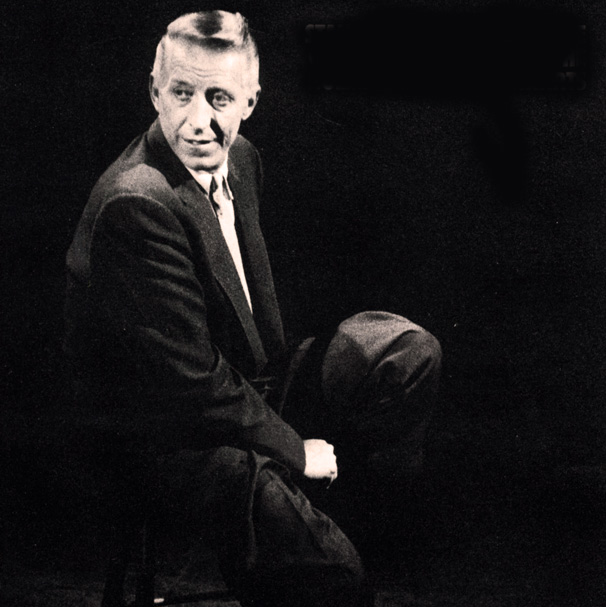 Over to the World of Big Bands this weekend with a concert by The Stan Kenton Orchestra, recorded outside of Dayton Ohio on September 16, 1952.

Kenton was riding high on the crest of a very popular wave – one that virtually turned around, at least for a while, the rapidly vanishing Big Band from the Jazz Scene. There were a lot of reasons for the drop in popularity of the Big Band. Biggest was the economic factor – it was just getting too expensive to maintain a band of 20 musicians and keep it booked for any extended period of time. Venues were closing, being turned into supermarkets or being bulldozed to make way for other things. TV was making people stay at home. Small groups were easier to book, cheaper to keep working and didn’t need a huge ballroom or theater to perform in. Small was just looking better.

So Kenton came along at a good time – with his “new concepts in Jazz”, and became a hit on college campuses.

To capitalize on the popularity, NBC Radio began a series of weekly broadcasts featuring the Kenton Orchestra, at various locations around the country. Billed as A Stan Kenton Mini-Concert, it became a popular calling card for a band criss-crossing the U.S. and it added to the popularity of the Kenton mystique, and it lasted for a few years.

Here is one of those concerts, as it was recorded outside Dayton Ohio on September 16, 1952.

And the next week they would be somewhere else.