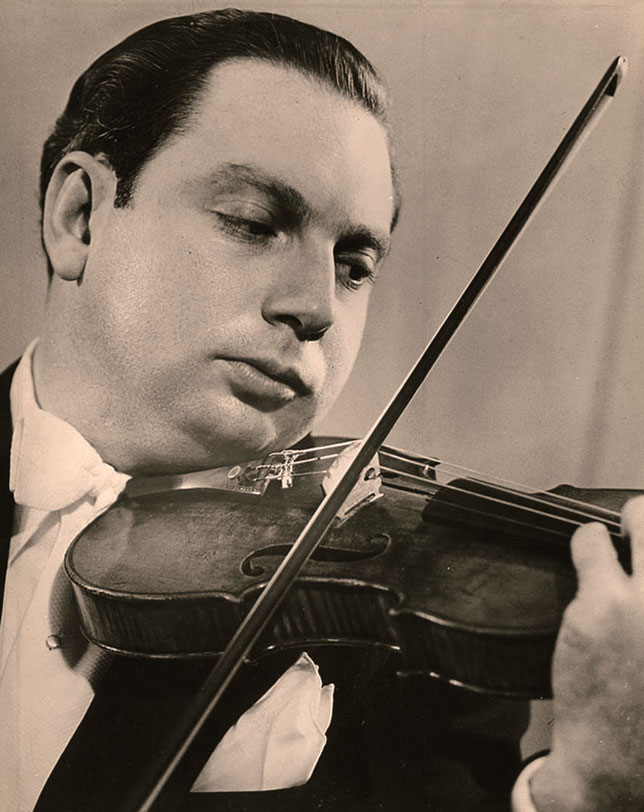 Since Festival season is just starting, and Summer is staring at us across the room, I thought it would be a good idea to get things rolling in anticipation of our own Hollywood Bowl season, which starts in several weeks (okay, a few months but . . . ) with a concert featuring the Los Angeles Philharmonic in concert from 1950. The orchestra is guest conducted by the legendary Serge Koussevitzky and the violin soloist is the 30 year old string-sation Issac Stern.

Following tradition at the Bowl, this is the all-Tchaikovsky Night – at least a one-hour slice of it as presented by NBC Radio on September 9, 1950. The Orchestra begins the program with the warhorse Romeo and Juliet Overture. Issac Stern joins the orchestra in the other warhorse, the Violin Concerto. Missing from this broadcast was the further warhorse 5th Symphony.

An interesting technical sidelight to this particular recording. NBC was tinkering with that new invention called Magnetic Tape, and the Hollywood Bowl was one of the first venues in the U.S. to install modern taping equipment. The NBC engineers recorded the entire concert on tape, and then transferred the tapes over to 16″ transcription discs. And promptly destroyed the tapes.

Hand smacks on forehead – I know, sounds nuts, right? But as was told to me by one of the engineers on that actual session – the tape was expensive at the time and not many engineers really knew how to work with it. And the discs just seemed more stable. So the tapes were used as a safety. And when all the editing was done, there was no need for the original tape. So it got wiped in favor of, most likely a game show.

I guess for Art you really DO suffer.

At any rate – here is one of those concerts from the memorable 1950 season at The Hollywood Bowl. Ironically, it would be the last Hollywood Bowl season appearance of Dr. Koussevitzky as he would pass away by June of 1951. So, it’s safe to say this is a historic document that hasn’t been heard very much, if at all in the almost 63 years since it was first broadcast.