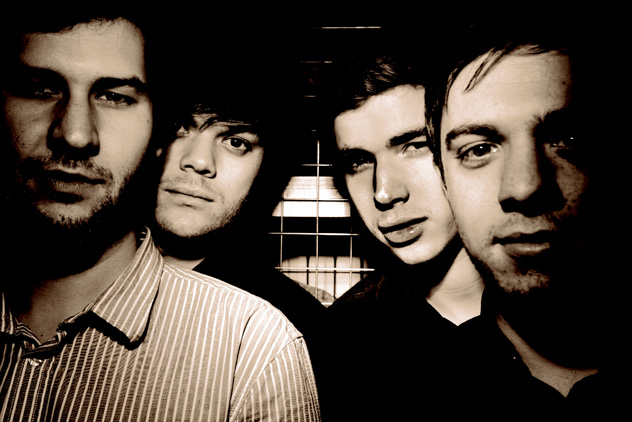 Everything Everything - something new out of Manchester.

Everything Everything In Session At Couleur 3 – Nights At The Roundtable

Everything Everything – something new out of Manchester.

Click on the link here for Audio Player: Everything, Everything Live At Couleur 3 – March 7, 2013

Having just finished a very successful UK tour, Everything Everything are enjoying a good year. They are slated to appear at the Roxy in West Hollywood next week (the 19th), and probably do a studio session at KCRW. They’ve announced another UK tour to start in October of this year. Between now and then it’s anybody’s guess, but I would imagine we’ll be seeing them at any one or several of the upcoming festivals this Spring/Summer.

In the meantime, here is a session they did at Radio Suisse Romande Couleur 3 this past Friday.

A chance to familiarize yourself with them, if you already aren’t – or enjoy a recent gig if you are.

Either way – Indie from Manchester is alive and well and it’s got Everything Everything.