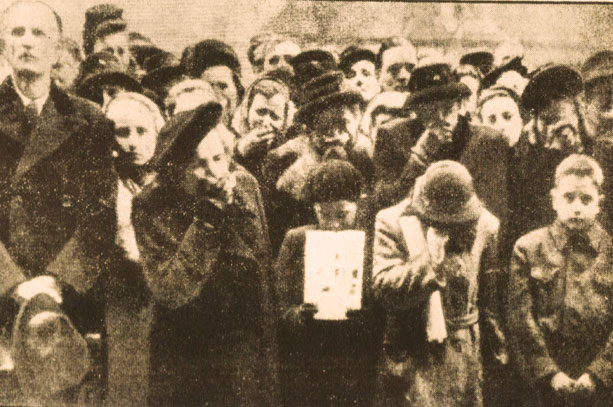 Amid the ocean of tears a question; "Did he jump, or was he pushed"?

March 12, 1948 – The Bier In Prague: Questions Over Masaryk – The Carping On Capitol Hill

Masaryk death: Amid the ocean of tears a question; “Did he jump, or was he pushed”?

It helps – it really does: Become a Patron!

News for this March 12th in 1948 had much to do with the recent events in Czechoslovakia and the sudden death of its President Jan Masaryk. Bad enough it was overtaken by Nazi Germany, starting with the Sudeten crisis of 1938, it was now coming under the influence of the Soviet Union. And this sudden death of Masaryk was only one more element in a rapidly changing story.

Initially the reports were that Masaryk, seeing the independence of Czechoslovakia erode under pressure from Moscow, felt he was no longer able to guide his country in any meaningful way, decided to end his life by jumping out of a window 6 stories above ground. The other reports filtering in, suggested Masaryk was an unwilling player in the Soviet scheme of things and was pushed by Soviet agents. Still another rumor suggested Masaryk had turned against his people, had fallen in with the Soviets and was murdered by Czech anti-Communists.

Whatever the story was, the end result was the same – Jan Masaryk was dead and it was one more sad chapter in the life of a troubled country, and while the funeral was going on, the crisis was heading to the United Nations.

And there was other news. On Capitol Hill, a slugfest ensued over the Marshall Plan implementation, with two leading Republicans, Taft and Vandenberg openly arguing on the floor of the Senate. Taft argued funding needed to be cut back because, it was felt, the money would do more harm than good and that the Plan should only be in place for a year, and not four years as suggested. Vandenberg shot back that the only way the Marshall Plan could be effective is that it needed to be in place a minimum of four years and that he would support continued funding just so long as the recipient nations lived up to their obligations. Taft shot back that, as far as he could see, the Marshall Plan recipient nations had done nothing to meet any obligations and they were in it for themselves.

So the carping continued.