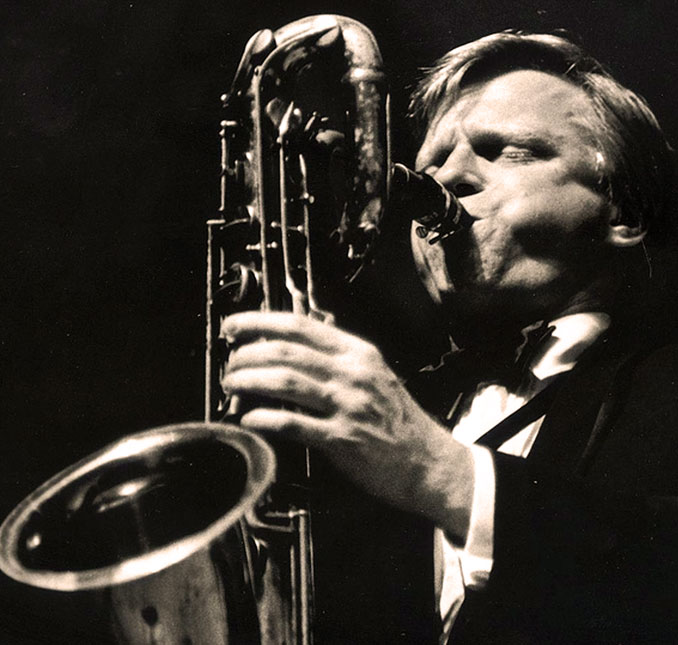 Gerry Mulligan With The New American Orchestra – 1982 – Past Daily Downbeat.

Gerry Mulligan – one of the musical wonders of the world.

Click on the link here for Audio Player: Gerry Mulligan And The New American Orchestra – Live 1982

This one comes via the late and lamented Jazz Alive series from NPR from 1982. The great Gerry Mulligan is featured as soloist against the backdrop of The New American Orchestra in a concert given at The Dorothy Chandler Pavilion on March 13, 1982.

It’s always been a popular collaboration, a Jazz musician with an orchestra, particularly strings. The collaborations have often yielded varying results. In this case, it’s a great combination, and the unmistakable sound of Gerry Mulligan adds the perfect combination.

I don’t think this concert has been issued – I’m not sure if any of the concerts from the Jazz Alive series have been issued in any form. If they haven’t, that would be a terrible shame, as the series offered a lot of memorable performances.

In the meantime – the immortal Gerry Mulligan.