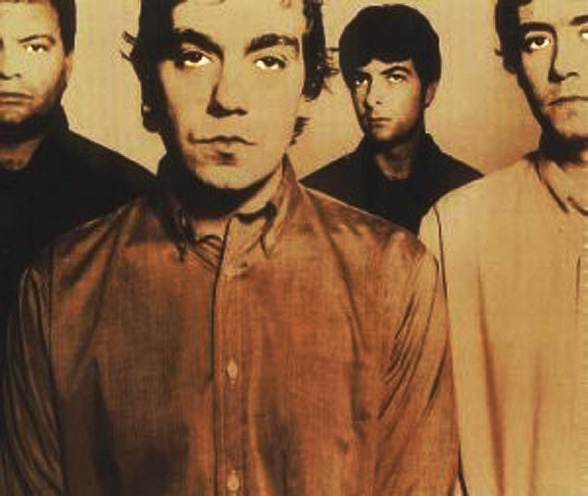 The Real People - if it weren't for them, there may have been no Oasis.

The Real People – Live At Middlesbrough 1992 – Nights At The Roundtable: Mini-Concert Edition

The Real People – if it weren’t for them, there may have been no Oasis.

I think we’ll be doing some familiar favorites this week, starting with one of my favorite bands of the 90s. A band that was extremely influential in establishing the Britpop scene in the early 90s, but who have somehow been overlooked and sadly underrated in the bigger picture.

The Real People got started in 1988, largely influenced by Stone Roses and the Madchester scene springing to life in the late 80s.  Their first album, the self-titled The Real People became an instant best-seller and quickly established the band as a major player in what was becoming the burgeoning Britpop genre.

And they were strategically placed – actually, they were right in the middle of things. It was by lending their studio and a helping hand that The Real People helped a struggling band called Oasis record their demo (the rest being history).

The other connection in this Britpop odyssey is the name Stephen Street, who produced the second groundbreaking album for Blur. Street produced three tracks from the Real People’s debut album. So you could say, The Real People were something of  a link between two milestone bands of the Britpop period; Oasis and Blur. And their influence is much more than a casual mention in the history books.

So, for you who aren’t familiar with them, or are only now getting familiar with the Britpop genre, here is a concert The Real People recorded live at Middlesbrough by BBC Radio 1 on May 25, 1992.

Luckily for everyone, they are still around and still performing. Check them out and support them in their new endeavors. In the meantime, have a listen to a pivotal band during their key and crucial phase as one of the up-and-comers of 1992.