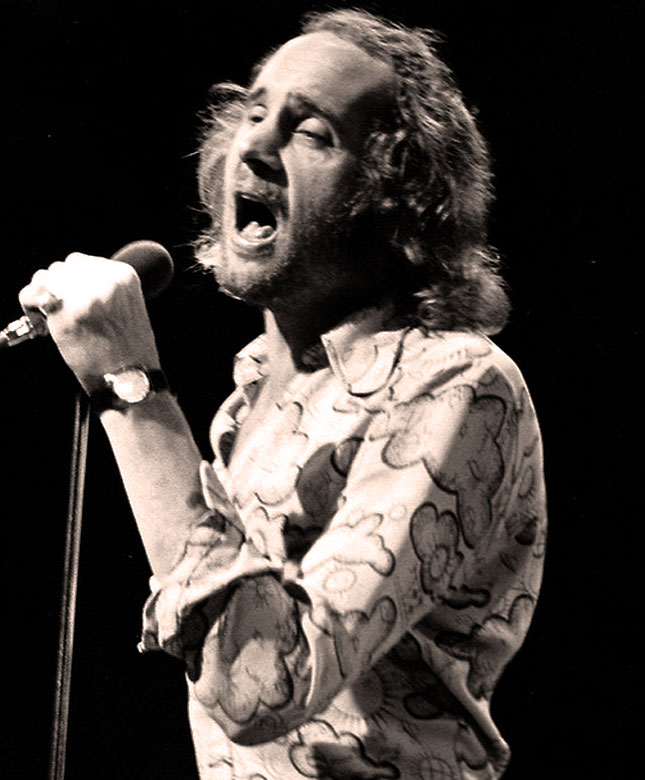 Roger Chapman of Family - a voice that once had the distinction of winning out over Tom Jones.

Family – In Session 1968 – Nights At The Roundtable

Roger Chapman of Family – a voice that once had the distinction of winning out over Tom Jones.

Click on the link here for Audio Player: 1968-September – Family

You absolutely could never mistake the voice of Family’s Roger Chapman for anyone else. No other singer sounded anything like him. The American press wasn’t all that keen on this distinctive vocal-chord adventure. Reviews were sometimes unkind. But the press has, well . . .that kind of reputation anyway, so it was taken with a very tiny grain of salt.

Family were very popular in the UK and throughout Europe. That they didn’t crack the U.S. market was more of a shame for us than for them. They enjoyed a long and successful run, finally splintering off in other directions in the mid-1970s with Chapman-Whitney/Streetwalkers being one of those directions.

Tonight’s session is their debut appearance on the BBC’s Top Of The Pops program from September 1968. They are in fine form and Roger fairly devastates with his brand of vocal pyrotechnics. They were, and still are one of my favorite bands.

Factoid: Not many people know that, early on in his career, well before Family, Roger took part in a song contest. He won handily, beating out the competition, among whom were none other than Tom Jones. Makes you wonder what “What’s New Pussycat?” would have sounded like, given the Chapman treatment . . . .we can only imagine.

That tidbit of information was substantiated by none other than the inimitable Mr. Chapman himself, during the course of an interview I did with him in 1973.