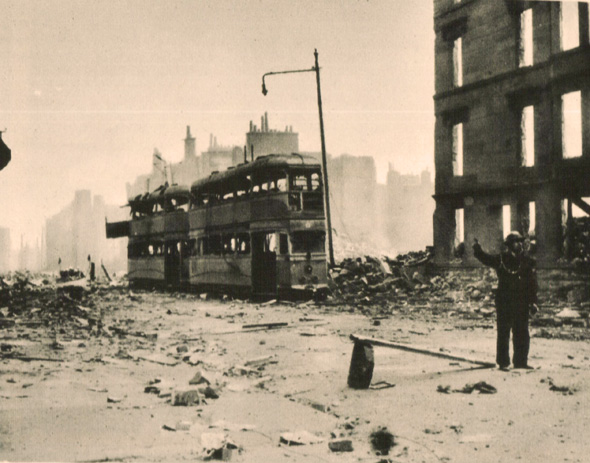 Spring was a little late that year.

Spring was a little late that year.

News for this day in 1941 (the 565th day of the War in Europe) had to do with the devastating overnight raids in London, reported to be the worst in a year, since the Blitz in 1940. The target for the previous evening was the Financial District with heavy damage and loss of life, and entire streets obliterated. Meanwhile, RAF raids took their toll on Cologne, Germany in the 62nd raid on that city. The Air War was far from over.

In North Africa, reports of German infiltration by agents posing as tourists were flooding Morocco, all carrying Vichy passports. News of large quantities of cash being passed around to local officials, offering bribes and seeking information. further added to the discomfort.

The sea war was continuing with threats of French supported German blockades cutting off British food supplies, further increasing worries of a German invasion of Britain.

Reports from Berlin gave a more detailed picture of widespread destruction in London from the overnight raids, including severe bombing of the dock areas around the Thames Estuary. Further news were reports of German condemnation of Wendell Wilkie‘s recent visit to Britain, claiming he was a traitor to all German-Americans living in the U.S. In other German news – reports on American newsman Richard C. Hottelet, held by the Gestapo on spy charges and his pending release were being met with relief to U.S. news bureaus in Germany.

From Capitol Hill came news that the Lease-Lend Bill was passed as well as news that stepped up warship production was underway  with a new class of Battleship, twice the size of the previous ones being planned, now that Congress passed a $3billion defense spending bill for The Navy. Five were under construction as of this broadcast. And a bill was also passed, clearing the way for construction of the St. Lawrence Seaway.

All that, and a lot more for this March 20, 1941 as reported on the NBC Blue Network program News Of The World.