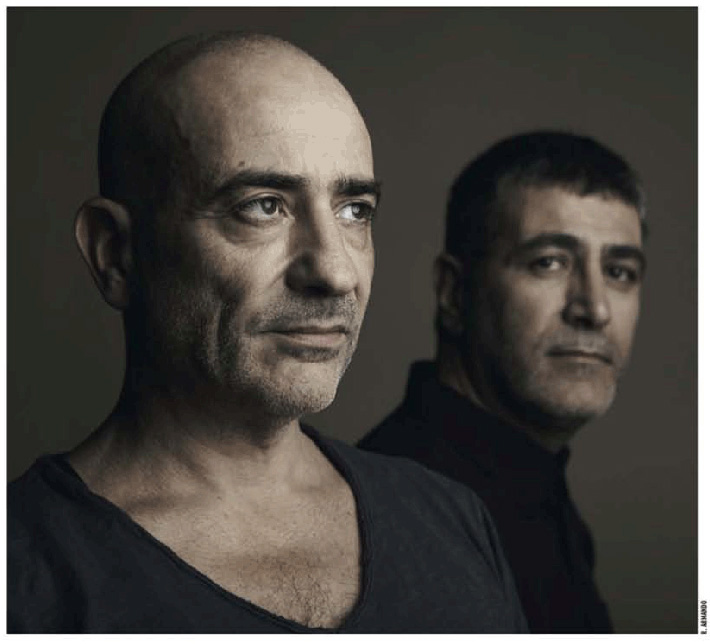 Interzone – Live At MixBox, Paris 2013 – Past Daily Rock Without Borders

To call this concert by Interzone Rock Without Borders is something of a misnomer. It is a Summit meeting between two musical cultures, who just so happened met at a Black Eyed Peas concert in Damascus, Syria. Electric Guitarist Serge Teyssot-Gay was working in the Cultural Affairs office of The French Embassy and Oud player Khaled Al Jaramani was professor of music at the University in Homs, Syria.

The result has been a profound and moving musical atmosphere established by two master musicians, which has been repeated on three albums so far, as well as this concert performed just last week at the Mix Box site in Paris.

And I don’t think the impending sense of tragedy and sadness has escaped anyone, even in the audience. That Syria is now going through a deadly upheaval, and that Homs has been mostly reduced to ruin leads you to wonder to what extent the cultural genocide taking place will have on the future – if this cultural meeting will be doomed never to happen again, as it has always been happening, this meeting of East and West , since the days of Marco Polo – this weaving of musical cultures into an astonishing tapestry that only seves to benefit a much greater good than even those present in the crowd are aware of.

Hopefully it will continue despite the chaos of the present. It is hoped the power of music will prevail – as I suspect it will. But for now it’s poignant.

So here is Interzone in concert, recorded live by Radio France International on March 13, 2013.