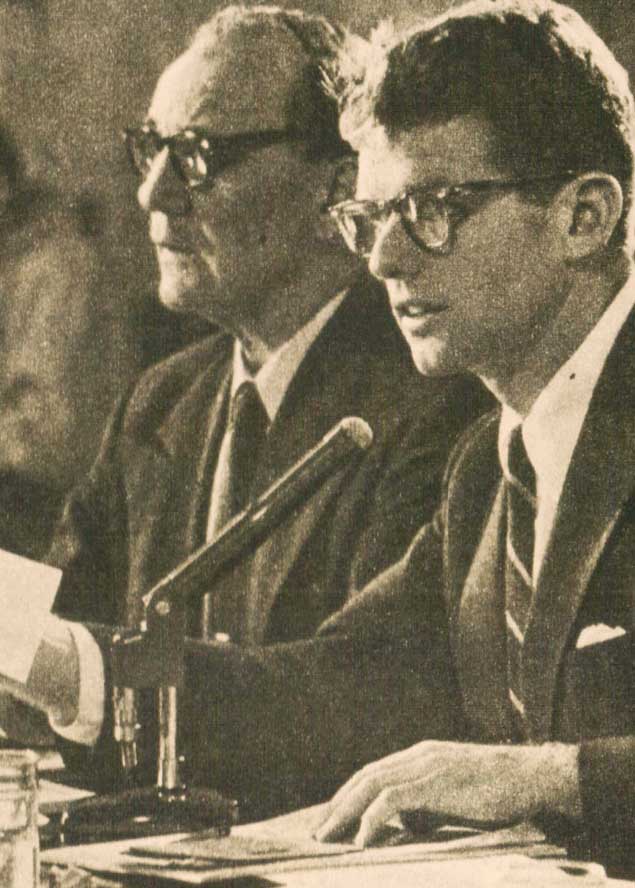 News for this March 27th in 1957 had much to do with the ongoing Labor Racketeering Hearings going on in Washington.

One of the up-and-coming stars of the hearings was a young Chief Counsel for the McLellan Committee on Improper Activities In Labor Management, Robert F. Kennedy.

During this session, the intense grilling was directed towards Teamsters Union chief Dave Beck, whose misappropriation of some $300,000 in Union funds made headlines for that year.

This Special program, wrapping up the days testimony ultimately forced Beck out as Teamster head in 1957 and into prison in 1962. The real fireworks would come later when new Teamster Chief Jimmy Hoffa took the hot seat in what would become a long-term blood feud between the future Attorney-General and the Teamster Chief.