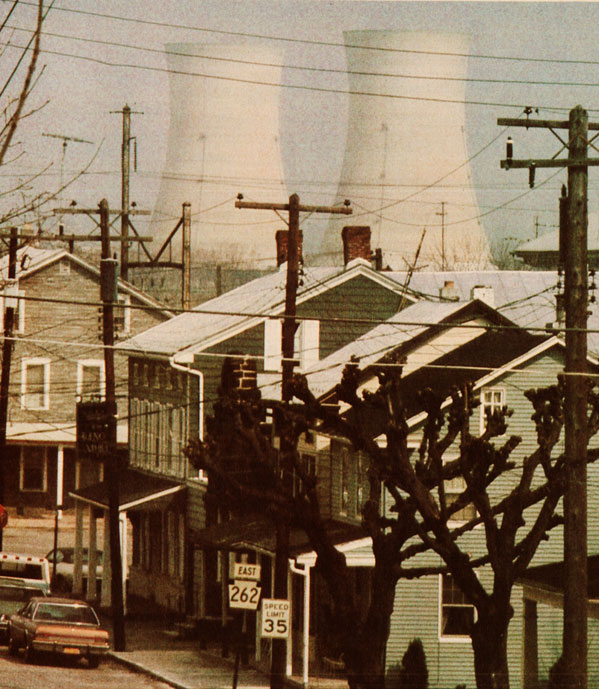 3-Mile Island - The presumption that Ignorance Was Bliss backfired.

3-Mile Island – The presumption that Ignorance Was Bliss backfired.

The true seriousness of the day wasn’t really known for almost 24 hours after the initial event occurred. The Nuclear Power Plant accident at 3-Mile Island on March 28, 1979 began at 4:00 in the morning and almost instantly there was a scramble to pretend nothing was wrong.

So the news of the day began innocently enough – and there was plenty of other events going on so that this accident got shoved into the background, at least for several hours. News of the upcoming Supreme Court hearings on the question of reverse discrimination, which could have an effect on the whole Affirmative Action program. News that OPEC was raising the price of crude oil, and the cause for concern was a possible rationing of gas in the U.S.

Generally, your typical Spring day in 1979.

And then those reports started coming in – the questions started up, and the lack of answers came along with them.

Slowly the picture was developing, but not until that evening, and many hours after that, did the public begin to realize something serious was taking place in Pennsylvania. And as questions persisted, denials and recants became the story of the day.

And that’s what transpired on this particular March 28th in 1979 as reported on The CBS World News Roundup, reports from KNX-AM, Los Angeles – Newsbreak and The World Tonight.