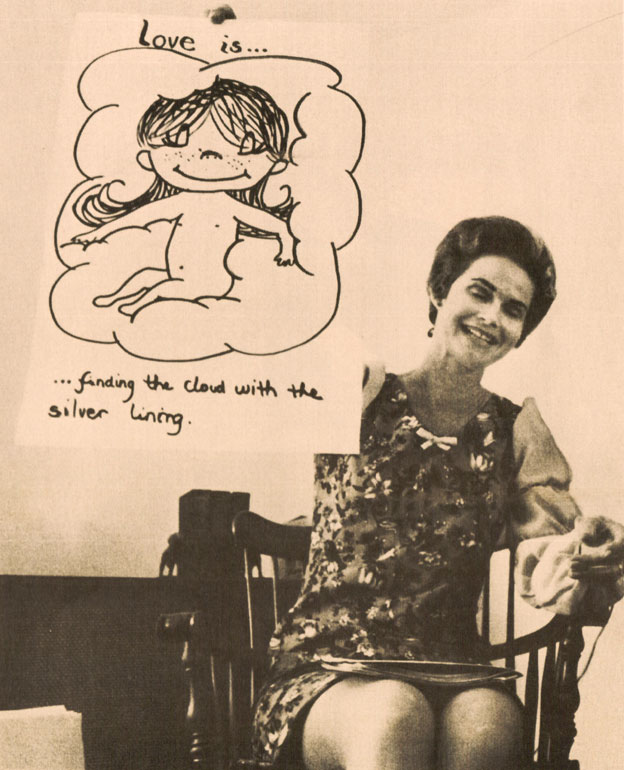 Beyond everything - a hedonistic desire for the warm and fuzzy.

Beyond everything – a hedonistic quest for the warm and fuzzy.

Click on the link here for Audio Player: Second Sunday – The American Scene – A Re- Assessment – 1971

No getting around it, the 70s were something of a mess. Recovering from the massive hangover of the 60s – the Woodstock generation running smack into the Altamont generation. Vietnam escalating. Kent State, Cambodia.

And then Watergate, or The Great National Nervous Breakdown, as I like to call it – where everything spun wildly out of control and all that we clung on to as a sliver of faith and trust flew right out the window.

That we survived is something of a miracle. But it just goes to show you that the world is much bigger than just us, and somehow it doesn’t stop spinning because we’re having problems coping.

So this program, part of the Second Sunday series for NBC Radio, as broadcast in March 1971, talked to several key individuals about their assessment of the American Scene – where, in fact were we going? Did we know? Did it matter?

Fascinating stuff, particularly if you weren’t around, or were just getting started around this time.

We think we’re in the middle of some of the worst times imaginable now. We thought the same thing in 1971. In retrospect, it was a picnic and we were driving ourselves into fits, grabbing at life for the fun of it. I suspect people will have the same feeling 20 or 30 years from now when they look back at 2013 with a certain wistful nostalgia for this particular batch of “good old days”.

Strange to consider, but you just don’t know how people will think in the future.