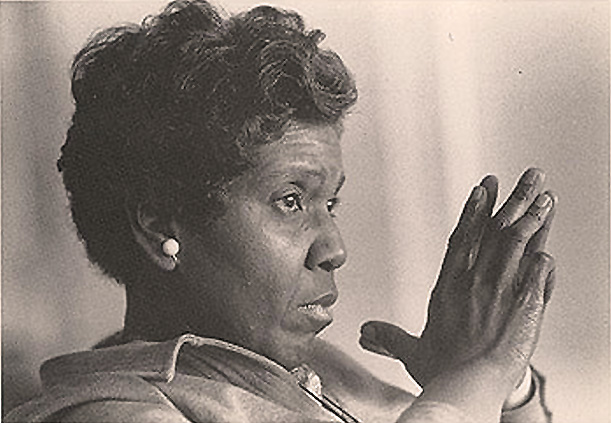 No Knight – No Magic Wand: An Interview With Barbara Jordan -1975 – Past Daily Reference Room

Texas Congresswoman Barbara Jordan shot to fame in the 1970s as part of the House Judiciary Committee during the Watergate Hearings. She was also the first Black Woman elected to Congress from Texas and her memorable keynote address at the 1976 Democratic Convention had many wondering if the time wasn’t right for a Black Woman to make a bid for the White House, at least as vice-President.

As an aftermath to the Watergate scandal, and a withering level of support for Washington on behalf of the majority of American people, Jordan was invited to appear on the NET (precursor to PBS) Program Washington Straight Talk, in an interview with newsman Paul Duke, on March 24, 1975.

Paul Duke: “Do you agree with those who suggest we have a leadership crisis?’

Barbara Jordan: “I suppose that we could say that there is a leadership crisis. But saying that, I think it is a mistake for any people to look for a singular leader who is somehow going to make us all feel good again. I don’t think there is any one who can do that. The day of the “magic wand” and the Charger and The Knight, that’s over. We’re going to have to have a kind of corporate leadership; several people engaged in negotiations and conversations forming a corporate, organized coalition of leadership. The President will provide some leadership. The Congress will provide some leadership. And the citizens, private industry, private agencies will provide a part of the leadership. The singular leader of course, of the country is the President of The United States. And nothing can override the feeling that this is The Man or The Woman who is somehow going to make us well again. But the crisis in leadership, I think, is more a creature of the Public Mind, than it is the reality of what we’re experiencing.”

Jordan left politics in 1979 to return to education in the role of Professor of Ethics at the University of Texas at Austin. She was again invited to make a keynote address at the 1992 Democratic Convention. Jordan passed away in 1994.

Here’s who you may have missed, and shouldn’t have.