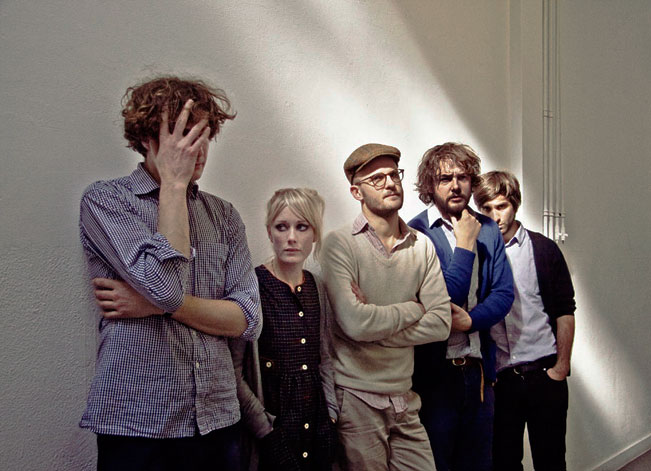 Shout Out Louds - a word or two from Stockholm tonight.

Shout Out Louds – Live In Stockholm – Nights At The Roundtable: Rock Without Borders/Mini-Concert Edition

Shout Out Louds – a word or two from Stockholm tonight.

Click on the link here for Audio Player: Shout Out Louds – In Session – Sveriges Radio – March 6, 2013

Over to Stockholm tonight for an in-studio session by Swedish alt/indie band Shout Out Louds,  who are currently on tour and will be hitting the West Coast of the U.S. in May. There are two dates booked in Los Angeles so far – so keep an eye out for them.

Shout Out Louds have been making a stir in Indie circles for some time now, as opening act for The Strokes, Magic Numbers and numerous others. They’ve been together since 2001 and have four albums out. They did an appearance at SXSW this year, which has added to the already positive buzz they’ve been getting from this side of the Atlantic.

If you haven’t seen them live, or missed them at SXSW, you have several more chances to check them out this year. In the meantime, here they are on home turf, with an enthusiastic audience at Sveriges Radio P3, recorded on March 6th.

Further evidence the world is getting smaller by the minute. And it rocks very well.