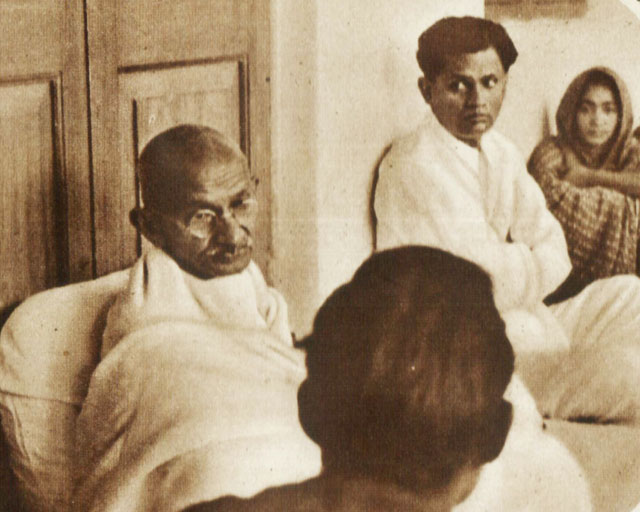 The really interesting, and somewhat prophetic, news on this March 29th in 1942, was buried towards the end of what were daily reports from the Front. The war was dragging on. Britain was staging a series of raids on Germany and German held territory. American troops were holding out in The Philippines against relentless Japanese assaults. An editorial on Nazi Foreign Office chief Franz von Pappen, and towards the end, talk about the possibilities of India gaining independence from Britain.

Not entirely new news, but something of a breakthrough in what had been a decades-old struggle in India – a struggle that brought into prominence Mohandas Gandhi and his school of non-violent protest.

Long a feeling that waging war was not only an expensive proposition, it was also beginning to become impractical to maintain the vast number of colonies throughout the world, not only from Britain, but also from now-occupied France. So various feelers were being put forth by British War Cabinet member Sir Stafford Cripps, in an effort gain Indian support of Britain in exchange for independence.

Although no formal agreement was reached as the result of this visit, it nonetheless firmly planted the carrot of independence, and the seeds of a greater movement were sown for later reference and reminder after the war.