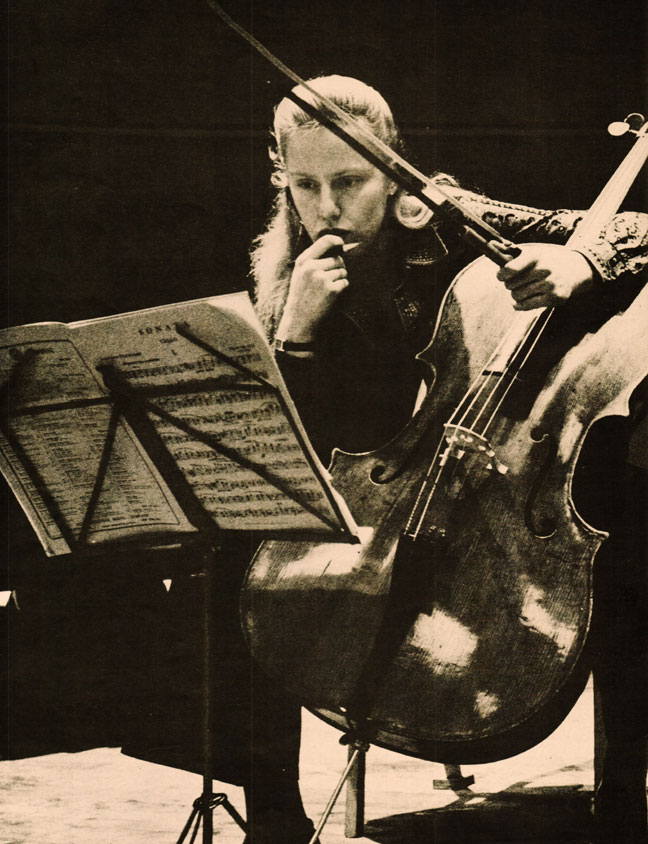 Jacqueline DuPre - One of the true bright lights of the Concert stage.

Jacqueline DuPre – One of the true bright lights of the Concert stage.

Something special for the holiday – a portion of a concert from The Hollywood Bowl, featuring The Los Angeles Philharmonic, guest conducted by Daniel Barenboim and featuring Jacqueline DuPre, cello in the Saint-Saens: Cello Concerto.

Recorded live in concert on July 18, 1968 this tape was long-thought not to have existed, and in theory it wasn’t supposed to ever have existed. As standard operating procedure by the Hollywood Bowl Sound engineers, it was a regular habit to record every concert and event that took place in the fabled venue. And The Hollywood Bowl was one of the first facilities to have tape recording equipment installed. So a fantastic legacy began around 1950 with every performance that took place during the Summer months preserved for posterity.

Well . . .at least until someone at the AFofM got wind of it and put a stop to the preservation in 1968 (shortly after this concert was recorded).  All tapes, and there many thousands, were ordered destroyed and most were. except for those few which escaped the death sentence, or were misplaced and wound up in  another part of the facility. Fortunately, this tape was one of them.

It has not been commercially released, and save for a few private copies that have been circulated by collectors over the years, this performance hasn’t been heard before.

The legendary Jacqueline DuPre with The Los Angeles Philharmonic, conducted by Daniel Barenboim – exactly as it happened in July 1968.

Enjoy the rest of the holiday.