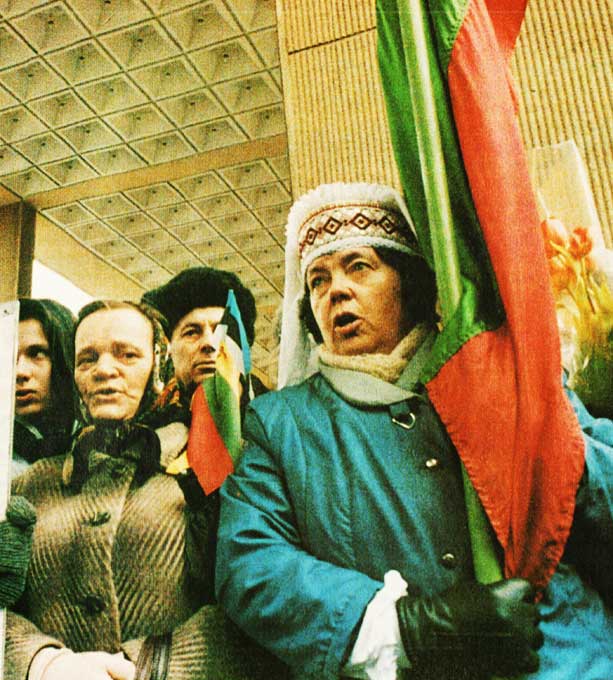 Lithuania - Heading for a breakup.

Lithuania – Heading for a breakup.

With the runaway train of break-away republics from the soon-to-be-former Soviet Union on this April 1st in 1990, the former Soviet Republic of Lithuania was the next in line to sever ties.

Amid warnings of potential dire consequences from Soviet Premier Mikhail Gorbachev, the writing was on the wall and Lithuania was poised to head off into independence. Although some feared, because it was a Holiday weekend (April 1st came on a Sunday) and most Foreign journalists would be out of town, there might be a Czechoslovakia-style occupation by Soviet troops in the capital of Vilnius. Everyone was taking a wait-and-see approach.

But Lithuania was only one of the hot-button topics going on this day in 1990. The newly reunified Germany was bracing for elections with Helmut Kohl the odds-on favorite to win. But there was still that contingent from the former East Germany who wasn’t wild on the idea, and protests pro and con a Kohl election sprang up all over. Meanwhile in Poland, demands were being issued by the Warsaw government that the now-reunified Germany assure the Polish people that no attempts at overtures of claiming Polish territory for Germany be made, now or in the future. And that such assurances be written into the new German constitution. 1939 was still fresh in a lot of peoples minds.

Back in the U.S. – California moved to overturn the stay of execution for convicted murderer Robert Alton Harris and was scheduled to proceed with the execution in the coming week, based on an anticipated eleventh hour Supreme Court ruling. The case was now in Justice Sanda Day O’Connor’s lap.

South Africa’s Nelson Mandela broke off scheduled talks with F.W. DeKlerk in protest to the mass killing of anti-Apartheid protestors in Johannesburg earlier that week.

Panama lifted the curfew which was in effect since the U.S. invasion the previous December, allowing for Panamanian citizens to be on the streets from 3am and dawn. And all public transportation was threatening to stop in Buffalo New York the upcoming Monday based on a budget crunch that left the city unable to run city buses. A snarling nightmare was envisioned.

And that’s a small portion of what went on, this April Fools Day in 1990 – sadly, nobody was fooling – all reported via The CBS Radio Hourly News for April 1, 1990.