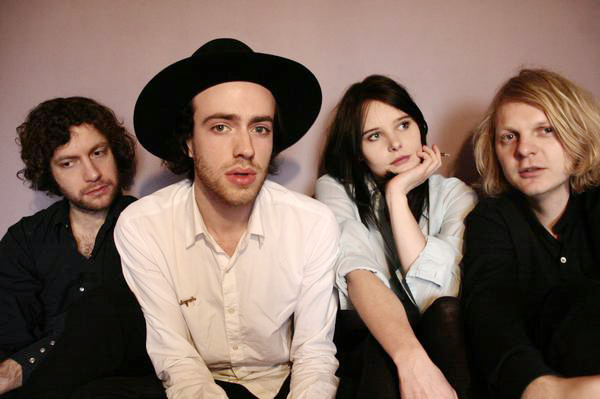 The Veils - angst free this time.

The Veils – Live At 3voor12 – Nights At The Roundtable: Mini-Concert Edition.

The Veils – angst free this time.

Truths to tell, this isn’t actually a mini-concert by the entire band, it is really an acoustic set by lead singer of The Veils, Finn Andrews, whose brooding and hypnotic vocals put the spell on the audience at 3v00R12, during a broadcast session recorded on Marcy 19, 2009.

The Veils have been around for awhile, getting started back in 2001 and this set runs a bit opposite of the stage persona Finn Andrews often projects to an audience. In fact, he seems downright sedate and subdued.

But it’s still a wonderful set, and at coming in at less than a half-hour, it’s just enough of a taste to keep you coming back for more.