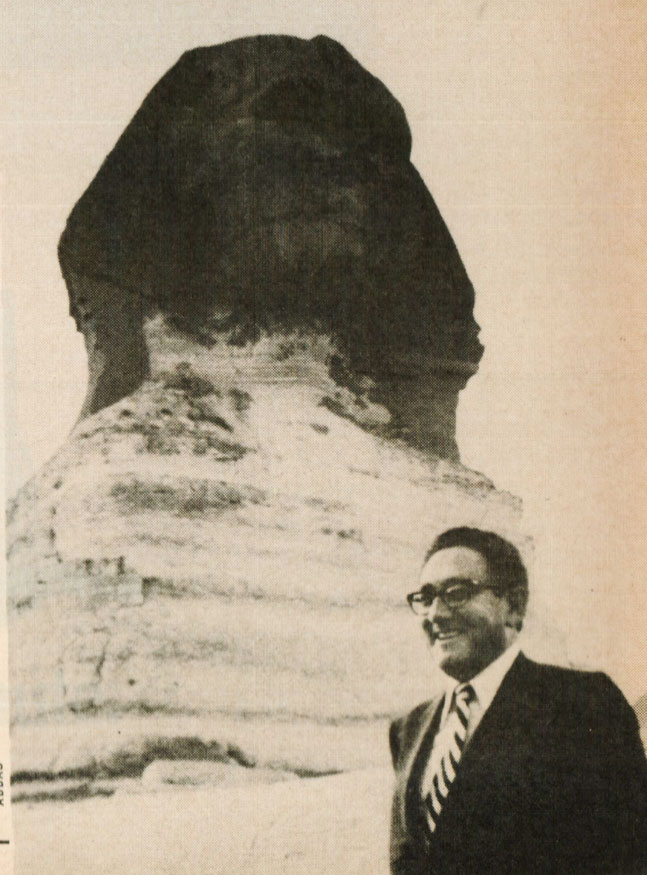 News for this day in 1976 had, among other things, much to do with Secretary Of State Henry Kissinger and the ruffling of feathers in the Middle East, most notably the Israelis.

Secretary Kissinger was confronted by a Jewish-American resolution in Congress, accusing him and the Ford Administration of  a “breach of faith” with Israel in respect to armed supplies and continuing aid. Kissinger went on the defensive, quickly reassuring those members of Congress that the U.S. had no intention of giving Israel short shrift in the area of support and aid. Familiar sounding words, to those members of Congress – but the bigger picture was his pending vacancy, which the Ford Administration hinted would be up and not renewed by the end of the year. That was assuming Ford would still be in the White House, come January 1977.

And that was another whole can of news for this day – the 1976 Presidential Elections. With Democratic candidate quipping to press that he might like living in the White House, come January. Meanwhile, the Ford and Reagan slug fest was taking the day off.

Overseas, the concern was over nuclear contamination in the Soviet Union’s Submarine service. Seems there had been widespread reports of nuclear waste leaking on board the subs, and crews suffering from radiation sickness as the result. And the concern was the spread of contamination at ports in Cuba and the middle east servicing the subs. Fighting in Lebanon was continuing, despite a truce being declared between rival factions. The truce, on this day, was carrying a death toll of some 130.

And that’s just a bit of what went on, via these hourly reports from NBC Radio News for April 5, 1976.