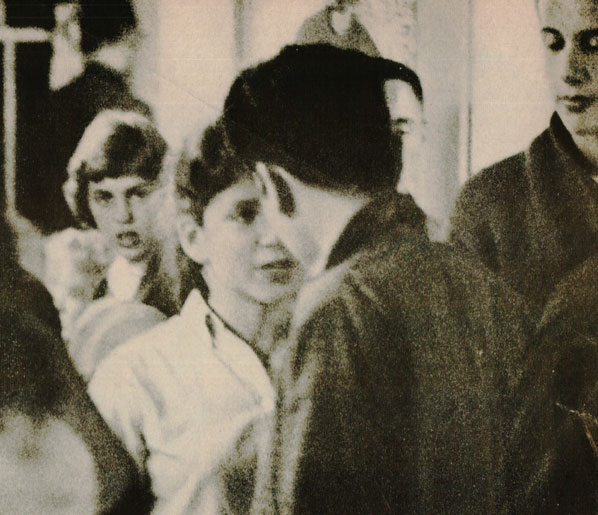 Teenagers in 1960 - adding fuel to the flame were references as "glorified House Pets".

Teenagers in 1960 – adding fuel to the flame were references as “glorified House Pets”.

Click on the link here for Audio Player: Teenagers – 1960

Further evidence that every generation thinks the generation proceeding it is out of control, insane, morals-free and hopeless.

This documentary, part of the weekly radio series Image America, focuses on Teenagers in 1960. Part of a bigger view of The American Family, this particular segment focuses on, what sounds like, a generation heading straight to hell in a handbasket.

Of course, consider this; the 17 year-old soon-to-be-divorced mother who starts this program is now 70. The 7 month old daughter in question is now turning 58. The people in this program are, depending on how old you are, your parents and/or your grandparents.

The circumstances may have changed. Society as a whole may have changed. Technology and how we communicate with each other has changed. But the fundamentals are still there and always will be; “why do you kids act the way you act?” – the Rite Of Passage Mantra never will ever change – it is human and it is written in the most tawdry of stone. But that’s just us and who we are.

So as a way of making you not feel so bad, isolated, alone, unusual, screwed up or just misunderstood – you are in great company. Because everyone around you – all those old people you run into – the ones you yell at in the parking lot – were you.

And eventually you will become them, and the ones after you will cause you to shake your head, swear it’s all gone wrong, wonder why and claim with all sincerity that you were so much better than that. Truths to tell – no you weren’t.

So here is that half-hour segment of Image America: Teenagers – 1960, as narrated by Bob Considine and broadcast on April 6, 1960.