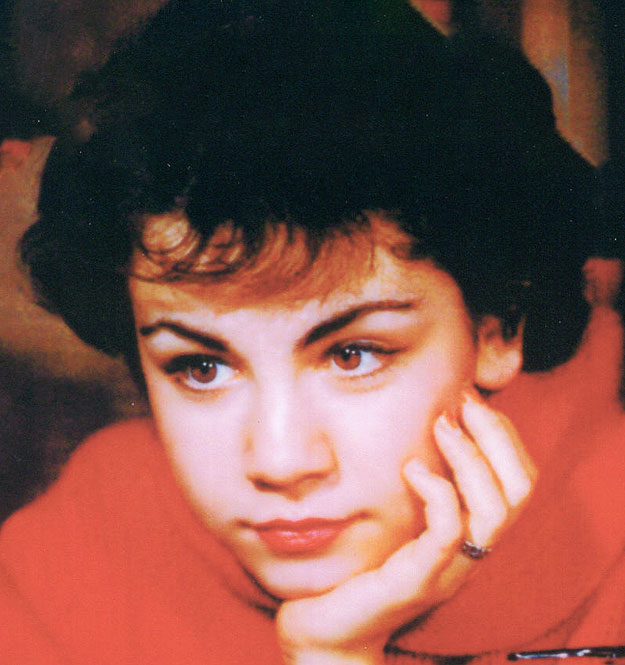 Annette Funicello - the face that epitomized the great Rite of Passage in the 1950s.

Annette Funicello – the face that epitomized the great Rite of Passage in the 1950s.

Click on the link here for Audio Player: Annette-Anka-Dick Clark – 1960

It almost goes without saying this year is shaping up to be one with a lot of loss attached to it. This one in particular, I think, affects a lot of people of a certain age, who grew up watching Annette Funicello grow up as a Mouseketeer on Walt Disney‘s Mickey Mouse Club, and later came to epitomize an entire genre of movies known as The Beach Party Films.

That she came to symbolize the popularity of certain myths; a certain chaste quality of life quickly dissolving by the day in the 1960s, didn’t seem to matter all that much. She would always be known as our “first crush”. And a lot could be forgiven at even the mention of her name. Annette Funicello was just different. She was the one you hoped your girl friend would be like – she became the prototype. She had no pretense and she was the one you wished had the same classes as you.

And as time went on and she faded from view there was always the memory and the ideal that lingered. So it was still shocking, even knowing she had been battling MS for many years, which took her from public life into a private one, hearing of her passing today.

But as a small reminder – I found this audio clip from a Dick Clark Beechnut Show, airing in 1960 which features Annette and Paul Anka along with Dick Clark, breaking into impromptu song. It’s one of those unscripted moments that sum up the innocent charm of  the period and the disarming likability of Annette Funicello.

Our First Crush will be missed.