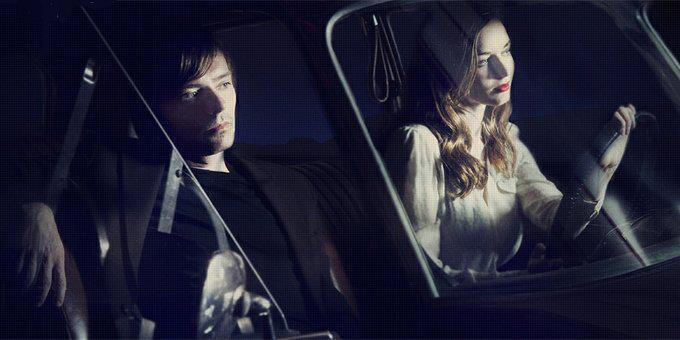 Starting off the week in a Techno vein with Tomorrow’s World, who recently performed live at La Route du  Rock Hiver festival in France on March 21st of this year.

Tomorrow’s World is a side venture, a sort of Techno Extra-Marital affair between Lou Hayter, who plays keyboards for New Young Pony Club and Jean-Benoit Dunckel of Air. Both bands are currently working. So this affair, as it were, is certainly something on the side.

The result is a captivating and haunting journey through some new musical territory that leaves you with a feeling of hope that this isn’t just a series of “one night stands” but may stick around for a while.

A short-ish set, at a little under 20 minutes – it crams enough mystery and ethereal wonderment into a small space that begs repeated listenings.

And hopefully there will be more where that came from soon.