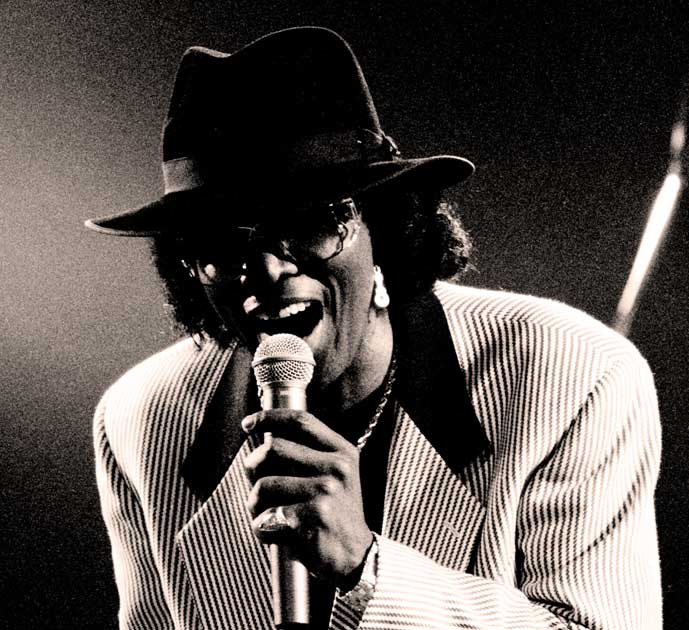 Click on the link here for Audio Player: Johnny Guitar Watson – In Session at NDR – 1977

It occurred to me I haven’t been giving much space over to the cause of Funk lately – no good reason. Getting overloaded with festivals and gearing up for Summer by playing who you  might be catching later on this year. However, I will try and make up for at least some of the neglect tonight by offering a session done by the inimitable Johnny Guitar Watson, while on tour in Europe in 1977 for North German Radio and Television.

Watson was always one of those “bubbling under” legends. One of the great exponents of Blues and Funk guitar going back to the 1950s, he never quite became the household name many of his contemporaries (like BB King, for example) became. But that’s not to say he wasn’t admired and studied by a lot of guitarists over the years. Some, like Frank Zappa, pointed out that it was Watson’s playing that inspired him to take up guitar. His style of playing has often been emulated, but never duplicated.

Here he is, with a very tight band at the time known as The Watsonian Institution. Since there’s no audience, playing to a dead studio can be a little strange. But Johnny Guitar Watson, being the consumate professional he was, didn’t seem to mind a bit.

He just let his guitar do the talking.