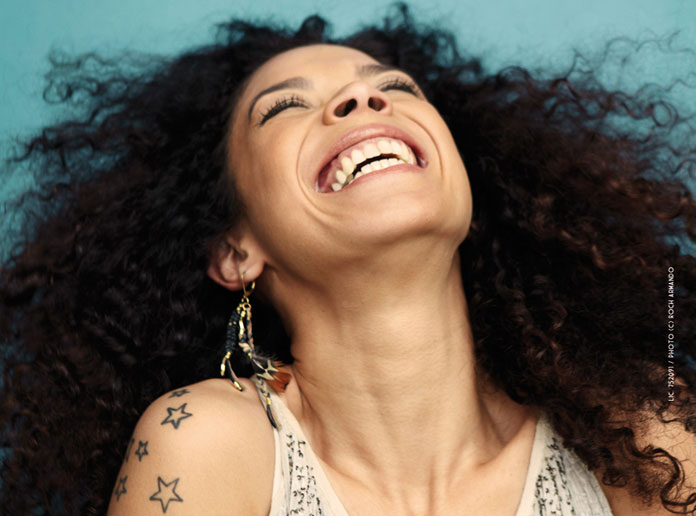 One of the things that keeps music fresh is the state of willingness artists have to mix it up, musically. Introducing genres and styles and seeing what happens. The result is often times stunning.

Case in point – Flavia Coelho is a Brazilian singer-songwriter, relocated to Paris. Along the way, she has brought elements of her native Samba along with Reggae and tossed in some French Chanson to complete the mix.

The result is an intoxicating stew of sounds and flavors, brought to life by the dynamic voice and presence of Flavia Coelho and her band, made up of Jamaican, Brazilian and French musicians in concert, recorded this past Wednesday (April 10th) at Mix Box in Paris by the venerable and forward-thinking FIP Radio.

Her first album Bossa-Muffin has won critical acclaim all over Europe, was released just last year. Right now she is in the process of touring throughout Europe promoting it. I don’t know if there are plans to come to the U.S. or even if the album is slated for Stateside release.

But, since we live in fascinating times, that shouldn’t stop  you from getting hold of her album and visiting her website to see what she’s got planned.

The world of music continues expanding, and getting more interesting by the minute.